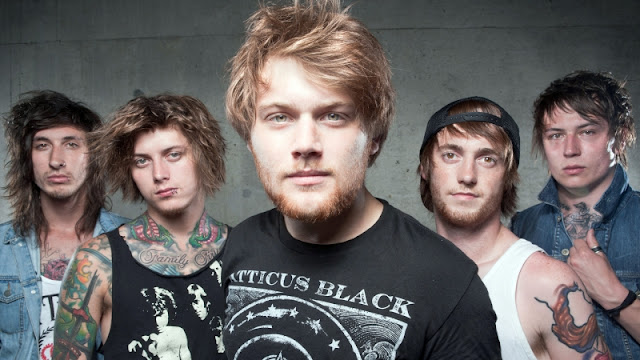 So Asking Alexandria are an English rock band, their genres of music are metalcore, heavy metal, post-hardcore, electronicore and hard rock.  All band members expressed, they are mostly influenced by their passion for 1980s rock music.
They are from York, North Yorkshire. The band members consist of both present and past; Danny Worsnop, Ben Bruce, James Cassells, Cameron Liddell, Sam Bettley, Denis Stoff, Joe Lancaster, Ryan Binns, Robin Everett and Kieran Taffinder
A sample of their type of music ;

Its a power ballad, it was released in 2014 as the final single from the album From Death to Destiny. Its shows the most sincere lifes of the band, no drugs, no partying and no act. Talking about how hard it is on tour and how the love of the fans help them cope.
Usually acoustic songs usually get lost in translation, but this was not the case here, it’s still very impactful.

Spends a lot of free time writing, reading, watching and playing all things Anime, Manga and Gaming. Can also be found learning game dev, SEO and web optimization techniques. Loves all genres with an interesting plot but as a soft spot for shounen, slice of life, comedy and horror.
Articles: 290
Subscribe
0 Comments
Inline Feedbacks
View all comments

MONKEY POX A-Z on what you need to know