I know that I speak for WALKING DEAD fans when I say we are anxious for one of the most  anticipated series of the year 2017 THE SEASON 8 OF WALKING DEAD which maybe the final season to this zombie apocalyptic series from the city of Savannah, to marshal’s farm to the prison and finally Alexandria with no cure in sight . They’ve faced a lot of things but never someone as sick and cunning  as negan who could probably intimidate and out do the devil with Lucille ( the baseball bat from hell) which he used to kill Glen ( d character with d craziest luck in d series) and  Abraham. This season all boils down to the face off between Alexandria, the hill top, the kingdom versus the saviors and possibly the weird trash people will Rick lose everything

Will the same thing that happened last time repeat it self ? 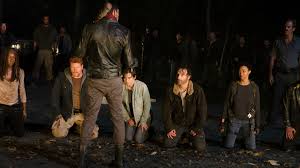 Will this be Rick’s face as he begs for his friends ? 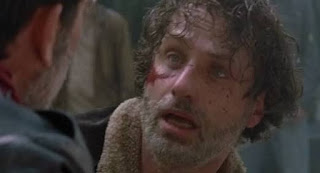 But it doesn’t matter cause they’ve already won . One thing is for sure though is that someone is going to die ( most likely marathon from Rick’s dating history :p)

The First Purge – the movie that tells us how it begun.