If you’re wanting to watch Diabolik Lovers, I would suggest playing the game ONLY. I would rather watch Twilight for a better vampire story. Seriously. It’s that bad. Still, I promised a review…so here goes.

The Story…If You Can Call It That

At the behest of her father, Yui Komori goes to live in rape mansion, home to the six Sakamaki brothers—Shuu, Reiji, Ayato, Kanato, Laito, and Subaru—a family of vampires. Though at first the siblings are confused as to why the girl has arrived, they soon realize that she is to be their new “sacrificial bride,” not to mention their other, more carnal intentions for her. Also known as sexual rape.

After meeting the brothers, Yui quickly begins to question why her father would have sent her there. I’m wondering why he hasn’t been arrested yet. Child Protective Services should have been involved earlier. 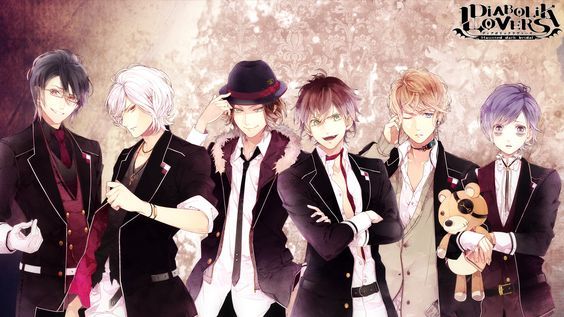 Pretty much you will just be vomiting your brain cells out the entire time.

The story is overall ridiculous. Almost nothing gets explained. The main female character, Yui, is treated in such an awful way it’s actually painful to think about it. She gets molested and told that she’s worthless basically every time any of the vampire brothers talks to her. Even more so, not only Yui does Yui do absolutely nothing to stand up for herself, she actually starts CARING for the psychopathic brothers.

Obviously, though, she’s not the worst character in Diabolik Lovers. It’s the vampires who basically abuse Yui throughout these 12 episodes who bother me the most.  Even though they were supposed to be hot and mysterious, something went horribly wrong, because they came out just gross.

Do not let the beautiful artwork fool you.

The show is full of sexy vampires to draw you in and the episodes are 12 minutes each, but don’t let this persuade you to watch the show. 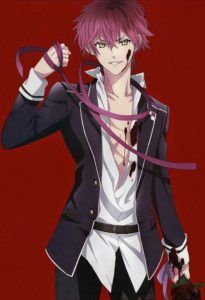 You would expect a girl getting sexually harassed by 7 vampires a day would leave when given the option, but nope. Yui makes it seem like she wants to be in these predicaments. She pathetically tries to get away but gives up within the first few seconds. Not a strong leading character at all.

Laito, one of the vampires, is a very annoying character. The show would have been slightly less terrible if he wasn’t in it. Almost everytime he is in the scene he calls Yui “Little B****” It is very annoying and I wish he would just shut up!

I was sure the story would revolve around how the vampires start to like Yui one after one. I came to realized that this wouldn’t be the standard reverse harem story once Yui was bitten by a vampire. So I set my hopes on the other vampires. And I was totally wrong. They are a bunch of masochists that like nothing more than torturing Yui and kept her around only to suck her blood. 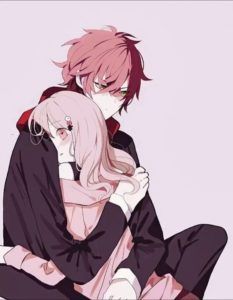 You will be coasting on the art for 3 or so hours telling yourself the plot will get better. Spoiler alert: it doesn’t. You keep waiting for it to pop up and it almost doesn’t until the end. Then you wonder why they even bothered to add one in because it is god awful. What you will be getting is 3 hours of continuous torture.

Yui is a mediocre dunce who is having a really difficult time realizing these dudes are just scumbags. Every time she approaches a guy she is shocked that he soon after sucks her blood. She has no spine so she usually lets him have his way with her after which she runs off scared only to come back and repeat the process. One vampire, the only tolerable one, even gives her the opportunity to leave but she stays to try and figure out the plot. 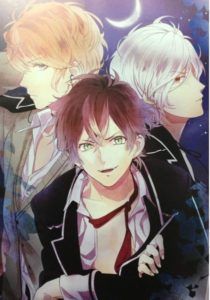 Almost every single male character in Diabolik Lovers makes my skin crawl because of their treatment of Yui.  I take an issue with Yui because of the fact that she’s a walking doormat who just sits there and takes the abuse. Considering the fact that I also happened to grow up under circumstances where I was exposed to quite a bit of domestic abuse, it’s no stretch of the imagination to think that seeing crap like this unfold IN ANY MEDIUM is enough to make my blood boil.

You’ll spend most of your time yelling at the characters or throwing things at the screen.

Regardless, you WILL wonder how you managed to watch all 12 episodes of Diabolik Lovers in one sitting. 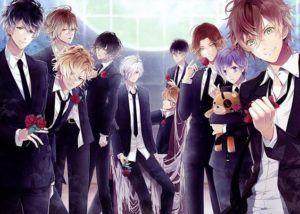 One thing I have to say: I read a summary before watching the anime and it sounded a lot more interesting than what actually happens. And that is the whole problem with this series. I think there might be actually material for a story somewhere, but the whole anime was distorted so much that it’s barely noticeable anymore.

Have you had to suffer through this show already? Or have you played the game? Let me know in the comments below. 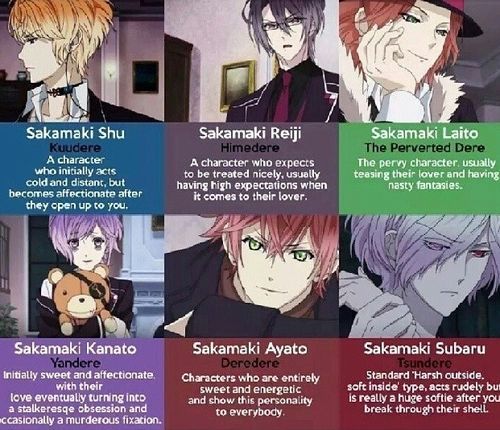 Spends her time watching anime and reading anything she can get her hands on. Also passionate about Disney, Harry Potter and helping those with depression and anxiety.
Articles: 136
Subscribe
2 Comments
Newest
Oldest
Inline Feedbacks
View all comments