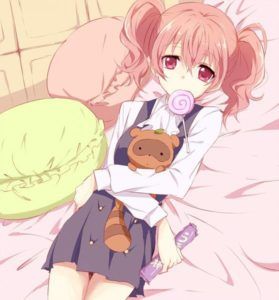 Ririchiyo Shirakiin is the sheltered daughter of a renowned family. With her petite build and wealthy status, Ririchiyo has been a protected and dependent girl her entire life, but now she has decided to change all that. However, there is just one problem—the young girl has a sharp tongue she can’t control and terrible communication skills.

With some help from a childhood friend, Ririchiyo takes up residence in Maison de Ayakashi, a secluded high-security apartment complex that is home to a host of bizarre individuals. Furthermore, each inhabitant including Ririchiyo, is actually half-human, half-youkai. They happen to be descendants of monsters from Japanese Culture. Not only that, but they also have one secret service assigned to each resident, for their protection and stuff.

But Ririchiyo’s troubles have only just begun. As a requirement of staying in her new home, she must be accompanied by a Secret Service agent. Ririchiyo’s new partner, Soushi Miketsukami, is handsome, quiet… but ridiculously clingy and submissive. With Soushi, her new supernatural neighbors, and the beginning of high school, Ririchiyo definitely seems to have a difficult path ahead of her.

What may seem like a promising idea to explore Oriental Mythology turned into a mushy romance between this one girl who was socially awkward(Ririchiyo) and her secret service agent(Miketsukami). 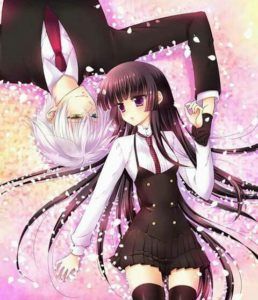 Was There Even a Plot?

The whole time I kept expecting some surprising twist that would actually make it… interesting.


Inu x Boku SS was supposedly a comedy story incorporating some supernatural and mysterious themes. However, it seems like the director changed their mind during the middle of the series. It was like watching someone trying to do 5 things at a time. Eventually, it will go wrong.

To put it bluntly, for the most part, the story was boring. Save for the first and last few episodes, the pace of one manga chapter per episode caused the story to be dragged out longer than necessary. The first couple of episodes were tolerable given that they were used to introduce the characters and the plot. In the last couple of episodes is where the plot actually picks up from the first few episodes. It’s not bad, I mean, it is a bit of a cliché, and that really makes it a tad disappointing.

Besides just the characters, nothing is distinctively different about Inu x Boku, than if you compare it to a cheesy school drama. Also, it can barely qualify as a  mystery because no suspense was really built throughout the series. 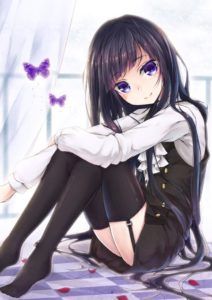 First off, the supporting characters of the series, though unique and interesting, were a bit underdeveloped. However, the extensive character development of the two main characters made up for this. At first, the female protagonist, Shirakiin Ririchiyo, is your typical, sharp-tongued teenage girl who often unintentionally isolates herself from others. But as the series progresses, she slowly opens the door to her heart, accepting the warmth of those around her while trying to control her tongue. On the other hand, the male protagonist, Miketsukami Sōshi, is a self-despising and deceptive man who knows nothing about emotion and feelings. But, similar to Ririchiyo, he too changes drastically throughout the series.

What’s most heartwarming is that the two, although having totally different personalities, are actually the ones responsible for each other’s development. Ririchiyo shows Soshi the meaning of emotion and feelings while he proves to her that he will be by her side. Along with the other characters, the two end up transforming each other for the better, resulting in two solid characters.

The characters were the only unique part of this series. Ririchiyo along with some supporting characters have some very interesting conversations. And, with Ririchiyo’s personality, it just makes it so much more fun to watch. The comedy included in the show was based mostly on stupid conversations, thoughts, fantasies, or actions some character started. It will fit the taste of basically anyone with a sense of humor. There really is only one character development in this series. His name is Soushi, and a servant of Ririchyo”sama.”Not very much is known about Soushi except that he has a strange attraction to his master until the very last few episodes, and that is why I think the characters turned out a lot worse than they could of. 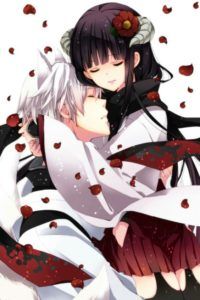 I will end it in this paragraph shortly. Because that’s what this anime really was, a short and innocent story about Ririchiyo and her adventures with her air-headed friends in the Ayakashi mansion. To be precise, that’s exactly how this anime played out until the last few episodes. It’s cute and mostly a fluffy slice of life anime that you can watch in one afternoon. 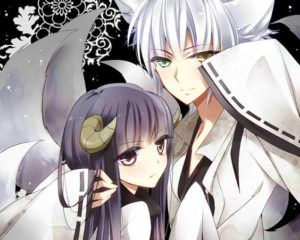 We all know this feeling, haha. I’ll love anyone who gives me food! It just makes me happy!

Have you already seen this anime before? Or read the manga? Let me know your thoughts in the comments below!

Just How Deep Was Elfen Lied? The Theory