Are Kaoru and Hikaru Actually INFJ’s?

While watching episode 20 of Ouran High School Host Club, I had an interesting thought…were Hikaru and Kaoru actually INFJ’s? The episode focused on the Hitachiin twins when they were first asked to join the Host Club and their past before.

Kaoru and Hikaru had a game that they played called “Which one is Hikaru game“. Naturally, as identical twins, not many people could guess correctly. In fact, in the anime history, it was just Tamaki Suoh and Haruhi Fujioka who guessed correctly. 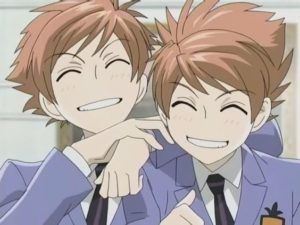 They mentioned that they were inconsistent. That they just wanted to be noticed but left alone. And that actually falls right into the category for being an INFJ. INFJ’s are CONSTANTLY inconsistent and contradictory with their emotions and thoughts.

Out of the 16 Myers-Briggs personality types, INFJ type is believed to be the rarest. These uncommon jewels of the personality spectrum make up less than one percent of the population.

One of the things that differentiate INFJs from other introverted types is their easy and pleasant conversation style. They are known for being great verbal communicators.

To most friends and acquaintances, the INFJ type seems very sociable and extroverted. This can cause confusion when INFJs become overwhelmed and must withdraw from people. In truth, INFJs are just like other introverts in the sense that they are very selective with whom they consider real friends.

You would think an extroverted person would do this. 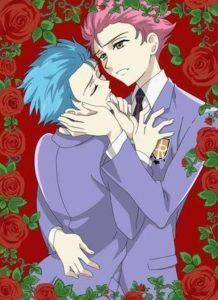 Like other intuitive introverts, INFJs sometimes struggle with external sensing perception. This means that they can become so absorbed in their inner world that they are oblivious to the physical world (now this I can relate to).

Hikaru and Karou are mostly only in their own little world until Tamaki invites them to the Host Club.

Just like INFJ’s, Kaoru and Hikaru have a tendency to think…

The rarity of their personality type makes a lot of INFJs feel like they don’t fit in. The twins often feel left out and just want to be accepted. In a way, isn’t that what we all really want?

What do ya’ll think? Are Kaoru and Hikaru INFJ’s? I’m 100% in agreement with this fan theory! Let me know in the comments below.

Favorite Quotes From the Episode:

“But you mustn’t forget that you’re also independent beings of course.” It may be inconsistent, but it’s who you are. That’s what you call individuality”. Tamaki Suoh

“I’m not up for being disappointed again”

“We wanted people to know us but we didn’t want to be known. We were always looking for someone to accept us. But there’s no way that anyone would ever accept anyone as surely as we were.” 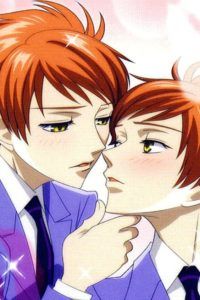 Why Miraculous Ladybug Helped Me Through Depression

Worst Anime of All Time!

Just How Deep Was Elfen Lied? The Theory