“Before the world ends, kill me or kiss me.”- Date A Live Quotes 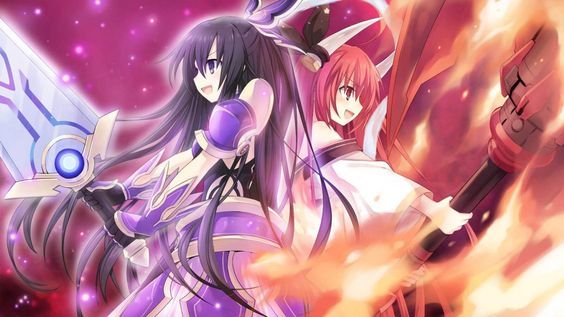 Thirty years before the events of Date A Live, an enormous explosion devastates east Asia and kills 150 million people. This is the first known “Spacequake”, a natural disaster that has since become commonplace. Fast forward to the future. High school second-year Shidou Itsuka lives alone with his little sister while their parents are away.

While rushing to save his sister from a sudden Spacequake, Shidou is caught in the blast and finds a mysterious girl. It turns out that this girl is actually a Spirit, a powerful being from another world whose arrival devastates the surrounding area. Thankfully, Shidou is rescued by an anti-Spirit strike team… led by his little sister.

This vicious task force is locked and loaded, ready to exterminate Spirits. But this violent method is not for Shidou. He discovers the one way to neutralize these Spirits peacefully: make them fall in love. 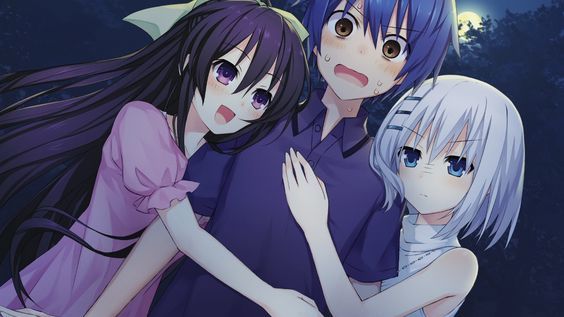 Here’s the Parody of the Plot

At the center of Date A Live is the protagonist Itsuka Shidou who is tasked with the role of dating invading entities. This, of course, leads to him quickly developing a harem of various personalities, for which Shidou has his own personal command center assisting him from afar. There is no such thing as going too far in Date A Live.

After Shidou conveniently encounters two ladies fighting one another, he finds himself waking in the headquarters of an anti-Spirit organization, which is led by his younger sister, Kotori.  Kotori proposes her master plan to Shidou: prevent the Spirits’ destruction by making them fall in love with him.

Funnily enough, this premise is actually one of Date A Live’s few redeeming points. It’s self-aware and does not attempt to be anything more than silly fun. Some of the best moments are when Shidou attempts to swoon the girls with cliched lines, only to be met by awkward silence and/or violent threats. Date A Live prides itself in absurdity.

All in all, Date A Live is an absolute mess of a story…albeit an entertaining one. 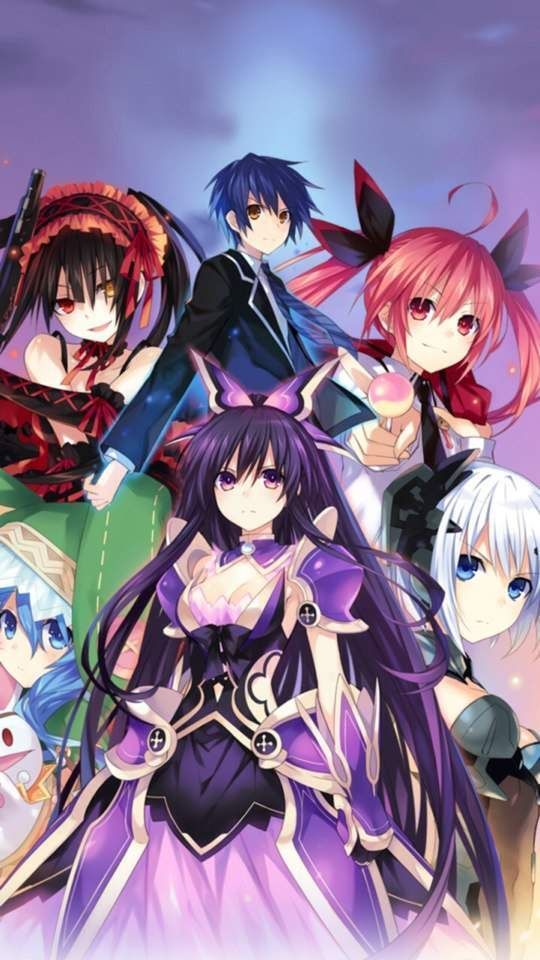 Characters in Date A LIVE 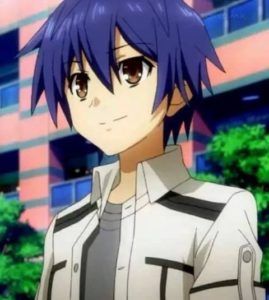 Adopted into the Itsuka’s family household at a very young age, Shido has been living a fairly average normal life. At the start of the series , he accidentally stumbles into a new world. Discovering the real reason behind the spacequakes, Shido was brought into the secret organization that his little sister commands.

With the only explanation from Kotori being that only he can save the Spirits, Shido reluctantly joins. Going about with his normal life and rescuing Spirits is one thing, but with each new Spirit to save, there is always some type of hardship on Shido’s mental health. Especially since he has to deal with the opposite gender, with which he does not have much experience dealing. 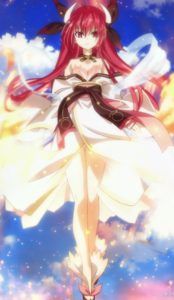 She is Shido’s adopted little sister. Kotori is also the commander of a secret organization known as Ratatoskr that deals with extraordinary beings known as Spirits.

Kotori has three different personalities depending on the situation at hand. As a human, her character changes according to the color of the ribbons she’s wearing. While wearing white ribbons she is of her “weak self”, a delicate little sister who is very dependent upon her big brother. When wearing black ribbons, she becomes her “strong self”, a charismatic leader able to successfully command the airship, Fraxinus. According to Reine, the Kotori with white ribbons is the one that can honestly say how she feels.

In her Spirit form, Kotori acts the same as her ribbons’ current color indicates. If she stays in her spirit form for too long, her third, “Spirit personality,” takes over.  She then becomes an aggressive and merciless killing machine.  She is best described as a sadist when in this state. 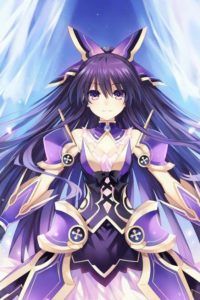 When Tohka first appeared on Earth, she came under attack by the AST. That was also the same day Shido encountered Tohka and discovered the real reason behind the spacequake incidents.  During Tohka and Shido’s conversation on their second encounter, Shido gave Tohka her name. During their third meeting in which they went out on a date, Tohka and Shido established a bond. It was during this time that Tohka had her powers sealed by kissing Shido for the first time.

After her powers had been sealed, Tohka’s mental state was still unstable and could go off at any moment. This was mainly due to her emotions which she didn’t understand. But, thanks to some consultation from Reine, Tohka was able to better control her feelings of jealousy regarding Shido. 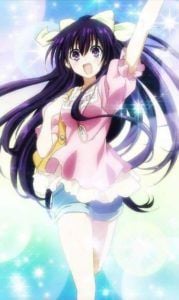 When Tohka first appeared on Earth, she had a cold, and emotionless demeanor. She was very wary of humans due to her being constantly attacked by the AST. However, after Shido sealed her powers, she could finally develop feelings, as well as experience life on Earth. Because Tohka is new to everything, she has a very cheerful and child-like personality. This can make her seem naïve, emotional, energetic, and gullible at times. She easily becomes excited at seeing all the things on Earth. Origami has used her naïve nature against her on multiple occasions. She usually needs one of her friends to point out to her when she is being tricked.

It has been shown several times that Tohka has a decent level of sensibility and common sense towards the battle, which arguably is the only thing of which she has any real memories. During her battle with Origami in her spirit form, she was able to analyze Origami’s new powers quickly and came up with the best way for her to counter them. This expertise could also be the result of her constant battles with the AST until she met Shido.

When Yoshino first appeared in the series, she encountered Shido. To him, Yoshino seemed to be a lost child wandering around in the rain. The next time they met, Yoshino fell under attack from the AST and ran away. During the third time, Shido made the decision to save Yoshino from herself and the AST. This decision was because he discovered that Yoshino was an incredibly kind child who didn’t want to hurt even the people who were attacking her.

When she appeared in the world, her Spirit powers would cause it to rain. Because of this, Yoshino had very little contact with others. Instead, she constantly had to run away from the AST, who were always trying to kill her.  All of this caused Yoshino to become withdrawn and very lonely. In her loneliness, Yoshino unconsciously used the puppet on her left hand to create another personality named Yoshinon. Yoshinon embodied the person she wanted to be, strong and not afraid to speak her mind. 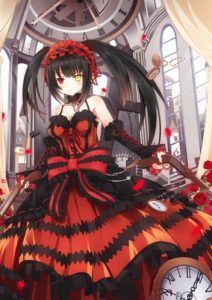 Kurumi Tokisaki had used unexplained methods to transfer into Shido Itsuka’s high school. Her reasons for moving were simple: consume Shido Itsuka, and gain the Spirits’ mana sealed within his body. During the time Kurumi was a high school student, she almost succeeded in consuming Shido.

Later, it was revealed that Kurumi had a conversation with a mysterious being. Here, she stated her real goal was to seek Shido out to be able to use her 12th bullet to travel 30 years back in time and kill the First Spirit. To accomplish that, she required a significant amount of spirit mana, which is why she wanted to consume Shido.

Kurumi is a person whose character is difficult to read. She possesses a  dislike of humanity that borders on mistrust. She is a skilled actress, capable of putting on the facade of an innocent, curious young girl when she needs to.  However, under that mask lies a mad woman, prone to fits of insane laughter and possessing no regard for human life. 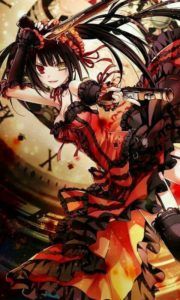 There’s More to Her Character…

There’s a reason she’s a fan favorite of Date A Live though.

The people that she murdered were would-be rapists and animal abusers. Another good sign of her sense of justice lies in her ultimate objective. That’s to go back in time, kill the First Spirit, and prevent the spacequakes from ever happening. This would save millions of lives in the process.

Kurumi possesses some degree of innocence that her psychotic behavior has not entirely ruined. She has a soft spot for animals and other creatures. Kurumi once slaughtered four humans not because she needed to replenish her time, but because they were trying to kill a kitten. She also appeared to have some desire for a normal life, as Shido was able to speak with one of her many timelines and nearly convinced her before the true Kurumi interrupted.

However, despite the fact she doesn’t kill without a reason and her redeeming qualities, Kurumi doesn’t seem to think of herself as a great person. When Shido stated that he would not give up on her despite her being a murderer, she responded by using her City of Devouring Time on the students of Raizen High School. She even summoned a spacequake which could have killed them all, in an attempt to make him give up on her. 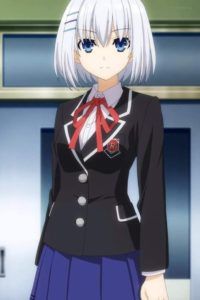 Origami is a top student in her school in terms of academics and sports. She is a very skilled wizard but can lose herself in her emotions when it comes to dealing with Spirits in combat.

For unknown reasons, Origami is romantically interested in Shido. Her devotion towards him causes her to develop stalking habits such as sniffing his gym clothes. Shido is also the only person not related to any military institutions who know that Origami is part of the AST.

After finding the truth of her parents’ death, Origami suffered an emotional breakdown. In this state, Origami is completely unresponsive to everything around her.  The New Timeline Origami eventually inherits her identity after resolving her emotional issues. 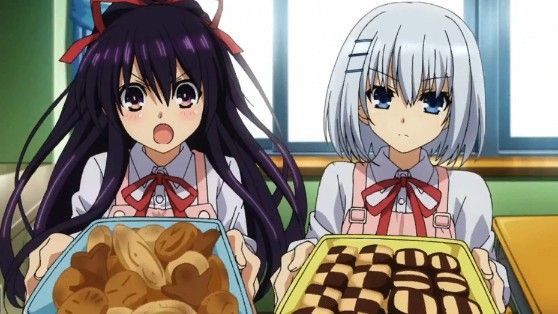 Have you already watched Date A Live? There’s a third season coming soon which is on my watch list. It’s not so bad. Let me know your thoughts in the comments below!

Spends her time watching anime and reading anything she can get her hands on. Also passionate about Disney, Harry Potter and helping those with depression and anxiety.
Articles: 129
Subscribe
0 Comments
Inline Feedbacks
View all comments

PTSD in Anime: What, Why and How to Overcome

When is the Reveal? Miraculous Ladybug