Fanfiction: fiction written by a fan of, and featuring characters from, a particular TV series, movie, etc.

That’s the definition if you search for it but in my opinion, it’s so much more than that. Writing itself is an escape for so many of us and it gives us an escape. I mean, think about it. When you write, you control the outcomes. You get to teleport yourself into another world of your own making and you choose if you get a happy ending. And, even after everything ends, our writing lives on forever.

On a lighter note though, fanfiction can help improve your love of fandoms. I know of several cases where a show/movie/book didn’t have the type of ending I wanted (looking at you miraculous ladybug season 4) and I wanted to rewrite it. Several others are the same way.

Did you know that Star Trek was the very first known fanfiction and soon others joined in? Pretty cool, huh? Since that happened in 1964, fans everywhere have exploded several fandoms, sharing their ideas and creating some amazing worlds out of fandoms.

Fanfiction can help if you’re a writer as well. Don’t you just love getting to put your favorite characters into so many different types of situations? You can find so many writing prompts to choose from and soon enough, you’ll also have a support group of like-minded people. I still have friends from over 10 years ago that I met through fanfiction(dot)net. Archive of our own seems to be the most popular one now but maybe I’m old-fashioned. I still read from both sites.

That doesn’t mean that fanfiction is all sunshine and roses. Just like reality, fanfiction can sometimes bring out the worst in people. People will harass you, call you names, and criticize your writing in every shape and form.

It’s awful and I will say it again: NO ONE SHOULD BULLY, ENABLE OR ALLOW HARASSMENT OF ANY KIND

It just breaks my heart. I’ve seen so many writers give up and even delete their works, all because of negativity. It’s unfair. Especially when so many of them should be publishing their works as they’re just that good.

And it’s on that note that I would like to shine a spotlight on some fanfic stories if you’re looking for some more recommendations! Y’all know me though, so of course, it’s mostly Miraculous Ladybug, Angels of Death, and Inuyasha. I need more anime even now, haha. I can get obsessed with a series and it’s extremely hard to get out of it.

Be Creative Miraculous Ladybug because of course

Past Sins My Little Pony (this one was published and became a hardback! We have a copy and it’s my partner’s most prized possession).

Magic in the Pages Fairy Tail

Archive of our Own

Bookmarks for Miraculous Ladybug and Angels of Death: there were just too many of these to choose the best ones so I put all of them.

That’s all for now dear readers. Be on the lookout for more articles next week! Let us know you’re favorite fanfics in the comments below! 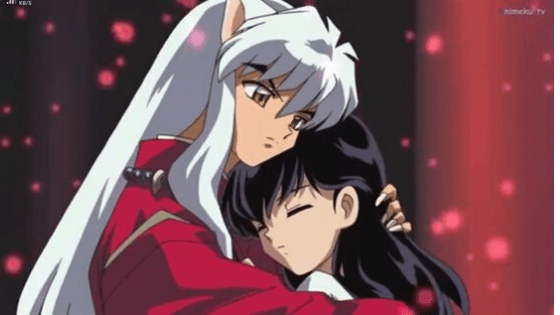