If you missed the last chapter, you can read it:

“Do you think we pushed them too far?”

“I… don’t think so,” answered the journalist hesitatingly. “He kissed her the second time on his own free will, didn’t he?”

“Yeah… You know, it looks like they are moving with their relationship a little TOO quickly. First kiss, then first fight already! I won’t be surprised if he’ll propose in the next few days!”

Though Nino meant it as a joke, knowing Adrien it was quite possible.

It was three days from their kiss in front of everyone, and now Adrien and Marinette wouldn’t even talk. Well, Adrien tried to reach for her, but Marinette avoided him at all costs.

Neither Alya nor Nino could understand. When Alya asked Marinette, she received only ‘he doesn’t love me’, and Marinette refused to provide her with any further details. When Nino asked Adrien, his only answer was ‘she is furious at me’, and the model didn’t bother to explain more.

Their best friends were confused.

“Honestly, we’re so lucky that our relationship isn’t so complicated,” declared Nino, leaning closer to Alya. She pushed him back.

“Now’s not the time! We tied this knot between them, so we are up to untangle it! If only not for this stupid dare…”

“If not,” interrupted Nino, “they would probably never get together. At least now we have some progress!”

“Uh-uh. You meant regress? Because before they at least talked to each other!”

“How?” Alya was desperate. “We don’t even know the reason for their silence! Marinette claims Adrien doesn’t love her, Adrien states she is angry with him! And they won’t even explain this profusely!”

“That’s it!” Nino fist-bumped into the air. “Alya, you are a genius! The problem is in some huge misunderstanding, it’s not about feelings! So… We help Adrien and Marinette to sort everything out, et Voila! They are a couple,” he finished with a huge grin.

“Yeah, but you’re forgetting one tiny detail,” Alya was quick to disappoint him. “We know nothing about this misunderstanding.”

Patrol was difficult to start for Marinette. She felt betrayed. Why didn’t Chat tell her he knew her secret identity? Maybe he only loved Ladybug and Marinette was a disappointment, her mind whispered…

Ladybug landed on their usual meeting roof. She needed to collect herself. Needed not to be a disaster as her second identity, too.

A clawed hand softly landed on her shoulder. The heroine couldn’t even find the strength to move. Chat Noir hesitatingly sat in front of her.

“Marinette, my lady, why are you crying? What happened?”

She was crying? Huh, she didn’t even notice. Ladybug wiped off the tears with a gloved hand. Wow, she really cried a lot. The girl only hid her head in the knees.

“Go away, Chat. It’s none of your business.”

“But we are partners, we are supposed to help each other and sort our problems, my lady.”

Ladybug bit her lower lip. Deep inhale. Raise the head. Look your partner in the eyes. So green and soft and comforting and kind and… No! Not the time.

“There’s nothing to discuss, kitty,” she forced a smile. “You love Ladybug and not the girl behind the mask. And there’s nothing you can do about it.”

“You don’t love Ladybug then? Expectingly since she turned out to be a disaster as her civilian self.” She stood up. “I take the east side of the city, you take the west.”

The heroine was off before Chat could stop her. Well, he thought dejectedly, if plan A didn’t work, it’s time for a Plan B: explain everything in civilian forms.

“But babe, you’ve been at the same point, like, an hour ago! Come on, either you have any ideas or you need a break,” Nino wiggled his eyebrows at Alya and leant closer.

“Okay,” she finally put everything that could help her with solving Adrienette mystery aside and leaned in to kiss her boyfriend. “But I also have Ladyblog to take care o-mmmph!” Nino silenced her with the second kiss.

“Ladyblog can wait for one evening. Besides, your favorite Ladynoir is not likely to happen.” Another kiss. “They got in a fight, just like our friends, and aren’t even on speaking terms.” A deeper kiss. “What is it recently between everyone to argue so badly? Neither Adrien and Marinette nor Ladybug and Chat Noir got into a serious fight earlier. Hell, neither of them ever even got in the fights! Except for the first day at school, of course.”

“WAIT.” Alya sat straight in her seat. Some gears were turning in her head, Nino could tell, as she incomplete mess started doing something on her computer. She opened the Ladyblog and chose the clearest picture of Ladybug and Chat Noir during one of the interviews. Clicked ‘print it’.

“Oh my god, oh my god,” she repeated under her breath. Then she scrolled through the saved photos, looking for something, and chose the picture where she, Marinette, Nino, and Adrien were posing in a ‘spy’ mode. Clicked ‘print it’.

When the printer finished its work, the journalist put two photos near each other and practically immediately let out a scream.

Nino’s eyes widened, and he put his hand on Alya’s mouth to stop her from waking all the neighbors.

“Okay, so we have a picture of two superheroes and us pretending to be super cool superheroes. So what?”

Alya let out a muffled scream in frustration and took a pencil in her hands. A minute later she returned a picture of four of them to Nino. Adrien and Marinette had the masks sketched on their faces, and Adrien had an extra of cat ears.

“Why not?” She seemed offended. “Look here.” Alya scrolled through her pictures and proudly presented Nino a photoshopped Chat Noir’s suit on Adrien. Nino mumbled something inaudible. But Alya didn’t stop. She opened a photo editor, uploaded Ladybug’s photo and erased a mask.

Nino was at a loss of words.

“Okay,” stated Alya. “Now we at least can guess their problem. I’m so gonna kick their stupid aces!” she yelled angrily.

Spends her time watching anime and reading anything she can get her hands on. Also passionate about Disney, Harry Potter and helping those with depression and anxiety.
Articles: 125
Subscribe
0 Comments
Inline Feedbacks
View all comments 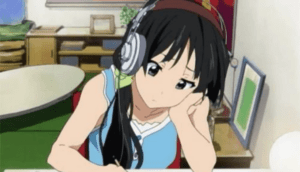 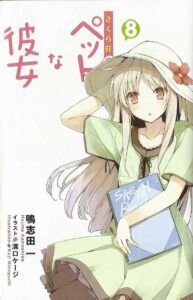 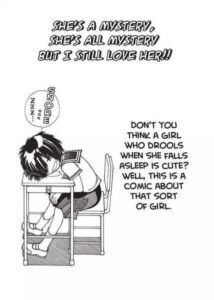