Hey everyone! I was so surprised by the response to the first part of this, that I made the second part in Rachel’s point of view per request. Angels of Death is such a fun game and a great anime. The fandom needs to grow even more for sure!

If you missed part one of this fanfiction, you can read it HERE 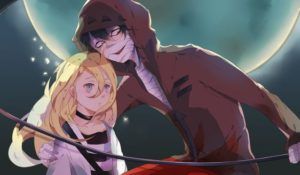 5 years. It had been 5 years of running, avoiding the law and the people that would enforce it. It was only in the last two that they had finally stopped after their fingerprints had been left onto two other bodies to declare Issac Foster and Rachel Gardner dead.

Rachel figured she should be grateful for that. She was tired of running away. Settling down somewhere felt nice even though the small apartment she and Zack shared was nothing to write home about. But it was a home. To Rachel though, home was wherever Zack was.

Getting fake id’s, and rarely going outside helped. Ray wore a short black wig and brown contacts every time she did, and she almost wouldn’t recognize herself.  She had started an online business(under a false name of course), that brought in a decent amount of money for them to survive. Zack wasn’t able to just walk into a place of business and get hired, so she made as much as she could. She was good at sewing and selling the items she made online was enough of them.

Zack still had to deal with the issue of his “dark passenger”. His desire to kill hadn’t stopped since they left the area, but he managed with being hired as a hitman, Rachel didn’t particularly like that he had to do that, but she also understood his need for it. He only went after those who deserved it. Those who had escaped the law, serial killers, rapists and the like. He had a code and underneath it all, Ray knew she didn’t want him to change.

Honestly, Rachel didn’t know if she would have survived without him. If she ever could. 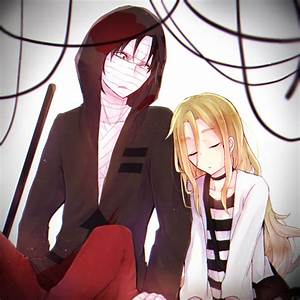 It had been a while since she had asked him to kill her. She was surprised he hadn’t asked her why. But a small part of her was grateful. She didn’t exactly want to leave his side now.

The past 5 years had brought a change to her. She was taller, though still shorter than him, coming up to his chest. She didn’t mind though. Ray liked feeling his heartbeat against her cheek and often at night, she would curl up against him just to assure herself that he was really there.

She laid as still as she possibly could, waiting for the sounds of his even breathing to tell her that he was asleep. Then she could roll over and tighten her grip against him.

She heard him sigh and her breath caught.

5 years had changed her as well. Ray still rarely showed emotion on her face, but when she did, Zack was the reason.

And those smiles of his…they made her want to stay by his side forever. 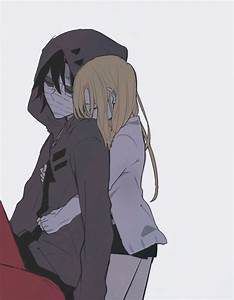 She almost let out a small gasp as she felt his hand touch her hair gently. With slow, even moments, she relished the feeling of his hands running through her hair.

Another sigh escaped him. Quickly and too soon, she felt him move out of the bed, almost as if he was trying not to wake her.  Waiting just a few moments, she opened her eyes and turned over. The light was on in their bathroom and making up her mind, she headed over.

“Zack? Are you in there?” She asked, rubbing her eyes against the bright light.

He jumped at the sound of her voice.

“What are ya doing up?” He grumbled in his usual gruff tone. “Ya know ya should be sleeping.”

She looked up at him, deadpanned. She could see him gulp when she moved closer. He was changing his bandages out and looked like he needed help. Not that he would mention it.

“You should be too.” She responded as she began unwrapping a new set of gauze for the bandages.

“Don’t have to do that.” He said softly, looking away.

She just looked at him and then continued her work. 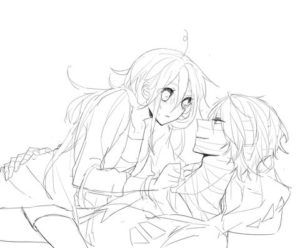 He watched and stood completely still as Ray wrapped the bandages around his torso. The movement was small and quick, but it still brought her closer to him, close enough that she could smell the shampoo he used.  She stopped near his navel, examining one of the scars. She wanted to erase all of the pain that those scars had for them. Each one told a story but they intrigued her. She wanted to move closer to him.

“Finally see me as a monster, eh?” He said curtly, trying not to look her straight in the eyes. “Took you some time to figure it out.”

Anger rose in her. “You’re not a monster.”  Her fingers traced upwards towards his neck, then his chin so he was forced to look at her. “You’re not, Zack.” She tried to put enough vehemence in her voice so that he would understand what she was trying to say.

He made a hmprfhing sound and crossed his arms.  “Yeah, yeah.”

She kept looking at him though. It broke her heart that in 5 years, he still saw himself as a tool and a monster. The crazy idea of just kissing him silly crossed her mind and she wondered how he would react if she did. 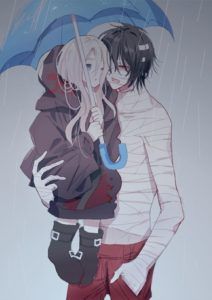 Eventually, she let his chin go and finished the rest of the bandages. Her heart was pounding and she was afraid of what she would say or do if she stayed near him too long.

5 years. 5 years was what it took to make her finally feel something.  She didn’t know that such a feeling of…well, happiness could exist for someone like her. Being abused and tormented for years just didn’t seem to make that possible.

“Ray.” He called over to her as she had moved to put the soiled bandages in the trash, startling her out of her thoughts. She looked up at him. “Are you happy staying here with me?”

She was shocked. He had to ask that? Did he really not know?

After what felt like an eternity, Ray answered. “Yeah.” Then turned back to her work.

Zack grunted.  “Just yeah, huh?” He grumbled out. “Try not to put so much effort next time, would ya?”

A soft giggle was the reply.  She came closer, wrapping her arms around him in a hug. Ray was sure her heart was actually going to rip out of her chest.

She buried her face deeper into his chest, her voice muffled. “Yes, Zack. I’m happy staying here with you.”

It seemed like forever before he awkwardly wrapped his arms around her as well.

“Okay.” He whispered against the top of her head. “Just stay with me a little longer.”  For now…they could just stay like this. As long as they stayed together, she didn’t care where they were. 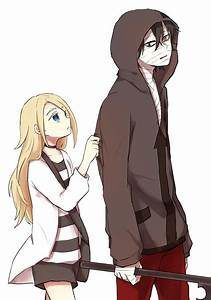 Spends her time watching anime and reading anything she can get her hands on. Also passionate about Disney, Harry Potter and helping those with depression and anxiety.
Articles: 136
Subscribe
4 Comments
Newest
Oldest
Inline Feedbacks
View all comments