Luka Couffaine…who is he? There have been several rumors in the MLB fandom going around and fans everywhere are wondering just who the heck he is. Will he be a minor character? Kagami appeared earlier but hasn’t made a reappearance afterwards. Not to mention, there’s been little sighting of Nino as well…

Here are the facts for Luka…

According to Feri González, Luka is handsome, and people “are going to fall in love with him.”

Now onto the Luka Fan Theories! 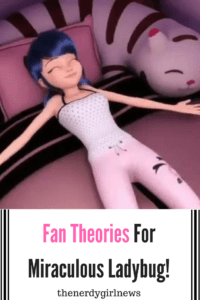 Now, before when Team Astruc mentioned Kagami they just said she was a rival. Fans immediately jumped to her being a LOVE rival when it turned out to just be about fencing. Now when they say that Luka is a new student who ATTRACTS Marinette, I immediately think romantically as well.

But it could just be that he attracts her in a way such as an akumitized victim or just as a friend. Whatever he turns out to be, I’m just hoping it will be the nudge closer for our cinnamon roll Adrien to finally freaking open his eyes and see Marinette as more than “just a friend.”

What do you think? I would love to hear your theories! Let me know in the comments below.

Why Miraculous Ladybug Helped Me Through Depression

Spends her time watching anime and reading anything she can get her hands on. Also passionate about Disney, Harry Potter and helping those with depression and anxiety.
Articles: 136
Subscribe
3 Comments
Newest
Oldest
Inline Feedbacks
View all comments