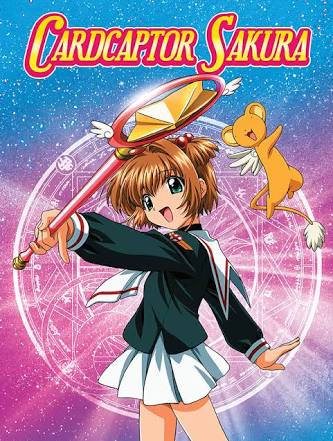 I started to watch Cardcaptor Sakura just for curiosity and I thought I was going to watch maybe the first or the second chapter and at the end I watched all 70 chapters.I though Cardcaptor Sakura was going to be one of those pathetic commercial school anime but I was wrong and is definitely one of the best anime I ever seen with a rich content, a sweet main character. The third soundtrack intro is maybe one of my 5 favorite soundtracks.Positive elements: The anime does a strong difference between suffering and challenging in short words the anime shows that a child doesn’t have to suffer to learn about the life and to become a great adult which is part of the aims of the Japanese education system. There is a very intrinsic nationalism through the Japanese values but in a very positive way.negative aspects: Some chapters I think were unnecessary and although there was a good intention to integrate an open mind view with some characters, I think it was uncomfortable and for some conservative audience. In fact some of those scenes that appear in the manga were removed of the anime to do the show more accepted. Even with that I think is always a great anime.