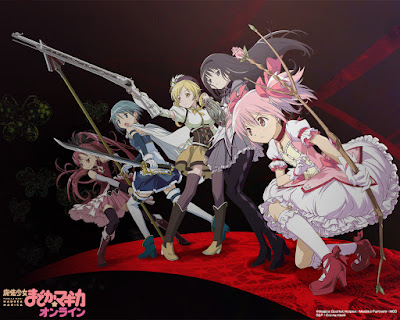 If you watched the anime/first 2 movies then you definitely should see this movie, it completely lives up to original series and imo provides a much needed continuation and resolution to the story.Overall = 9/10Long review with spoilers:Generally speaking I prefer character deaths to be permanent because to revive a dead character just cheapens the show and makes it feel that there are no stakes. However because this is a story of Gods and Devils and near omnipotent alien demons leaving characters that could easily be revived dead with the wave of a hand would be absolutely retarded on the part of the all powerful beings that mourn their loss. Leaving them dead would be akin to saying “well we need the audience to be sad for the story to play out”. So I’m absolutely satisfied with the way this story played out and how some much loved characters that were lost were able to get happy endings. In fact my main complaint with the original series was that once Madoka became a god even if she couldn’t prevent her doomed friends from some of the mistakes they made without destroying the timeline certainly she could at least save them and take them with her so she wouldn’t be lonely and it turns out she did exactly that!I do have one minor gripe and it is that the movie ends with a completely forced conflict. The alien demons realize emotions are too dangerous to fuel their experiments and all Homura has done is bring some of her dead friends back to life so they can all live happily, so why the heck are they going to have to fight one day? Sayaka says she’ll always remember that Homura is her enemy but HOW? Literally as she is saying this Homura is editing her memories so why couldn’t she have Sayaka forget they are enemies? And speaking of why, WHY does Sayaka consider Homura an enemy? They are friends, Homura hasn’t hurt anyone or damaged the law of karma by restoring part of Madoka to life, and now Sayaka can live again as well and she was so happy to interact with her friends again it moved her to tears… WHY THE HELL ARE YOU ENEMIES?!? And when asked Madoka told Homura that people that break the rules are bad but it was a rule Madoka herself made so what gave her the authority to make rules but denied Homura the authority to change them? And as the person that made the rule shouldn’t Madoka have the authority to allow someone to change or bend that rule? Surely Madoka has the common sense to understand that if you a bend a rule without hurting anyone to save people you love then what you have done is a good thing. It just feels like the entire buildup to a future confrontation is complete bull because any conflicts they have either shouldn’t exist or should be easily resolved with a short conversation.Homura: “I saved you because I love you”Madoka: “You broke the rules so even though I care deeply about you I guess we have to be enemies now”WHAT?!?!Okay I also have a second minor gripe, how the hell were the aliens able to build a prison that God couldn’t just shatter to allow her to save Homura without entering? Homura did mention it was her second time changing the laws of the universe though so I’m prepared to believe that her first time around she made it possible for that barrier to exist and for her to overwrite Madoka’s memories before becoming the devil but I wish they had explained that in the movie.

Eyes in the Dark by Reaper