If you haven’t heard of Miraculous: Tales of Ladybug and Chat Noir, you have been living under a rock, my dear friends. When it’s first mentioned. you’ll usually hear that it’s a cute French Animation but before its debut in France, it actually aired first in South Korea on September 1st of 2015. Well, it’s 2017 now and the fandom has EXPLODED.

One thing I love about Miraculous is how, even as a “cartoon”, it still shows real issues. It’s not just fluff and unicorns butts. Our female heroine, Marinette Dupain-Cheng is someone that most of us can relate to. She’s awkward and clumsy but fiercely loyal to her friends and family. She stands up for what she believes in right and doesn’t let bullies(i.e Chloe Bourgeois) push her around. And our male hero, Adrien Agreste isn’t just some spoiled rich kid. He’s isolated from everyone, almost kept from even going to school by his Father, Gabriel Agreste (aka…Hawkmoth and the main villain so far of this story).

Both of our young heroes have to face issues that most shows nowadays try to avoid. Adrien has lost his Mother…she’s been missing since the start. It’s become a theory of who his Mother is, usually the Peacock Miraculous. Speculation has been around but Thomas Astruc and Zag Heroes haven’t confirmed or denied our theories.

What they have given us though…is hope. Miraculous gives us a chance to believe that we’re more than we think.

Let me explain. I’m level 25 and have always dealt with depression and anxiety for as long as I can remember. It’s easy to let the darkness get to you, to let yourself become…akumitized for a reference there. Our emotions of fear and worry usually creep up on us and turn us into someone we might not recognize.

But Ladybug and Chat Noir shows us that there’s a way to fight it…and a way to win. I could just be reading too much into this show but I don’t think so. It’s how you perceive it anyway. And I choose to believe that this show was intended to help others, like myself, fight off our akumas and be the heroes of our own lives.

Gosh, that was cheesy. I’m gonna need some bread.

Okay, okay, I’m done now. Mostly. But in all seriousness, I love how this show has made me feel. How much it has helped me through my daily battles with depression and anxiety. It’s become a comfort to me and I hope I never stop fangirling over it or cosplaying all the characters. It’s super exciting to see everything that has come from this world that has been created. We now know that Ladybug and Chat Noir could have more powers than shown and even be in a whole other universe.

It’s gotten to the point, that just going outside by myself causes a panic attack to the point that I don’t even leave my room most days other than bathroom breaks. I keep snacks and a huge water bottle in my room and I’ll scurry like a little field mouse back to the pantry to grab food.

Depression is different for everyone. I’m already an HSP(Highly Sensitive Person) and being diagnosed with mild agoraphobia, social and generalized anxiety disorder is not easy.  While I’m hiding in my room, feeling worthless and unlovable, I’ll get a notification that there is a new episode or a new fanfiction written about my favorite fandom…Miraculous Ladybug. And suddenly, I’m not feeling nauseated. The pit of dread in my stomach is gone, and I can breathe again.

The episode that I’m watching causes me to laugh…to smile the first genuine smile that I’ve had that day.

If you want to see or talk about who your OTP is, go ahead and check the link out. I’m a MariChat girl and have been waiting FOREVER for the balcony scene. Or maybe you just want to speculate why our two lovebirds still don’t know who their partners are…we got you covered. The post for it is right here with Why Don’t They Know Yet?

I can’t wait to share more of this amazing world with ya’ll. Until the next episode releases, I’ll keep hugging my Tikki and Plagg plushies and furiously be scribbling away at more fanfictions. 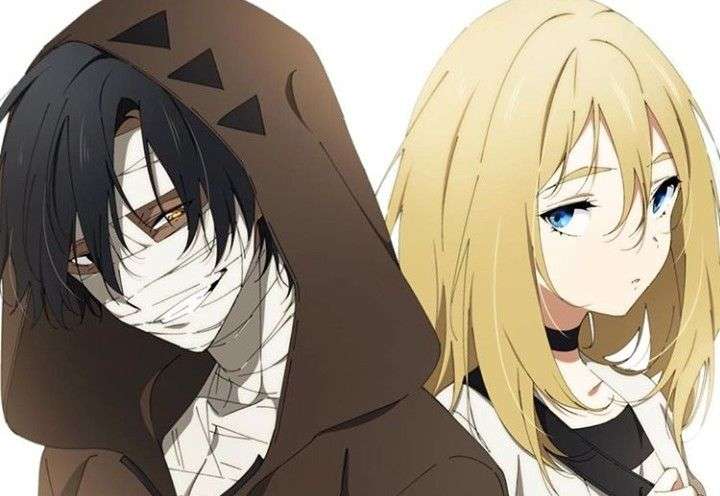