*Insert witty statement here and hope that the anime fandom doesn’t come after me with pitchforks. *

What are some of your favorite lesser-known anime series? 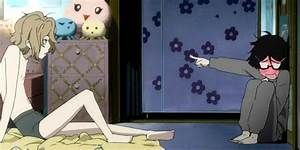 NerdyGirl: One of my favorites that not many people seem to know is Full Moon wo Sagashite.

I read the manga before the anime came out and it’s really good. The artwork is older, but the story is still super sweet. Oh and DN Angel, of course! Those are the first two off the top of my head.

Rai: I have heard of Full Moon wo Sagashite! I always have wanted to check it out. I like that old kind of art style, at least in manga. I actually miss that kind of art style. A lot of my favorites have that art style. Actually, one of my all-time favorites that no one knows about has a similar art style. I wrote about it recently: Tokyo Mew Mew. It’s a magical girl manga from the early 2000’s. That manga is part my soul, my very existence! And yet barely anyone knows about it ;__; I think it’s because the anime didn’t do well, especially since they butchered the dub.

Has that happened to any of your favorites? I think bad dubs have led to the demise of many older anime…

Also, I had thought I had heard of DN Angel, but when I looked up pictures, I don’t recognize it. Maybe one of my friends liked it back in the day. Does it have yaoi undertones? I see a lot of pictures of two guys hugging lol 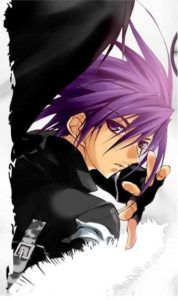 NerdyGirl: I LOVE Tokyo Mew Mew. It was one of the first manga’s that I read.  It was simple and yet, just adorable. That was how I found Shugo Chara in the first place. The main characters are similar, in my opinion.

I usually prefer the subbed versions, just because that’s how the creators intended it. But I actually prefer the Inuyasha dubbed over subbed. I’ve seen it happen too often were really good anime gets butchered for it.

You know, I never thought of DN Angel having yaoi undertones, but after you’ve said that, I could see that it just might!  I haven’t watched a lot of yaoi/yuri shows until I started Yuri on ICE, and now I’m a huge fan of it.

Love is love, after all.

Most anime that I’ve watched, I keep seeing has the same overtones, if that makes sense. In particular, the  “Cinderella” effect. There’s one anime/manga “Papillion” that focuses on this a little too much. That the girl has to remove her glasses and have long hair to be considered pretty and get a significant other. 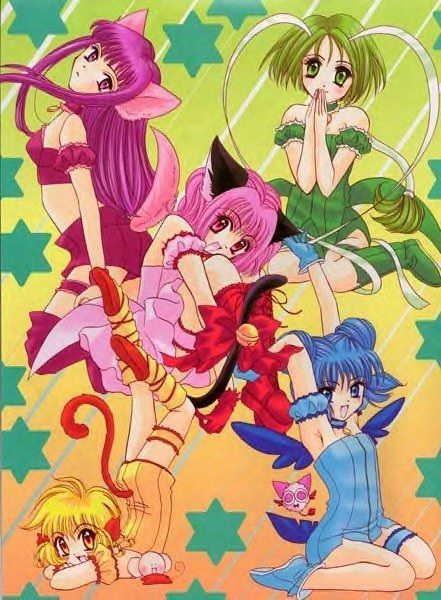 Rai: Yay! It was one of my first manga ever too. We are allies for Tokyo Mew Mew! We must spread knowledge of it everywhere! And I have been wanting to watch Shugo Chara for years because I love the character designs (you’re right, they are similar) and I love magical girls. Oh, have you heard of Galaxy Angel? It’s basically Tokyo Mew Mew in space lol. It’s really cute and funny, but no one has heard of it…

OMG. I prefer Inuyasha dubbed too! We are twins 😀 Inuyasha is very nostalgic for me. I like the subbed version too, but the dub has a special place in my heart. It’s weird because it used to be so popular, and now the younger generation doesn’t know much about it. You don’t really see merchandise for it anymore, either. I guess it is slowly fading into an unknown anime ;__;

Maybe you need some yaoi googles to see the yaoi in DN Angel. Haha idk x_x I am not the biggest fan of yaoi because I am not interested in guys romantically, but I do support yaoi relationships. And I liked Yuri on Ice! But speaking of unknown series, there are so many unknown yuri series… so, so many… It breaks my heart. Half the stuff I watch (even the lighter yuri) is unknown to everyone, unless they are in the yuri fandom/community. And yet these shows are, like, my passion.

I have never seen Papillion before, but I think that theme exists in a lot of anime, though I can’t think of any at the moment. 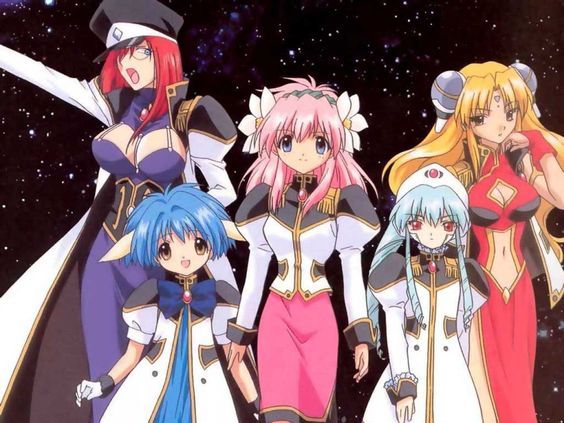 NerdyGirl: I haven’t heard of Galaxy Angel! Now I have to add it to my watch list. There’s so many great anime shows that I need to catch up on!

I agree with the Inuyasha thing. Growing up, it was super popular and everyone knew about it. Now, hardly anyone knows about it and it’s super sad. We’ll have to make it our mission to make sure us “old folks” keep the  Fandom alive!

I’m asexual, so I’m never attracted to people unless they’re in an anime!  I’ve slowly been finding more and more yuri and yaoi shows but it’s hard to find them! I hate when I find a show that I really love and there ’s maybe one person in the fandom. I need to fangirl with people! There should be self-help groups for people like this, haha.

Rai: Yes, you need to watch Galaxy Angel too! I actually haven’t seen much of the anime because it is so hard to find. But I really love the manga. And, gurl, don’t get me started on how much anime I need to watch. I stress just thinking about it haha.

And omg, that is a great idea. We should make a “Keep Inuyasha Alive” campaign. We should write posts about it! And random, but I don’t care what anyone says, but Kikyou > Kagome.

And oh, that’s cool! I have never been friends with someone who is asexual before 🙂 Yay! Speaking of being ace and yuri, you might like Bloom Into You. It’s getting an anime adaption soon. A lot of people thought the main girl was asexual at first, but eventually, she becomes interested in a girl. Either way, you like it.

Let’s start a self-help group too. We can all gather around and complain about how we have no one to fangirl/fanboy with. I think it will be pretty helpful and awesome.

NerdyGirl: I get so many mixed reactions for the Kikyou versus Kagome thing! I like them both, but agh!

I’ll have to check out the Bloom Into You! It’s hard to find anime shows to watch that actually relate to me, haha.

Ooh! Let’s do that! It’ll be super awesome to have our own self-help group! We’ll come up with a totally awesome name and eat a lot of junk food(plus cheese!). 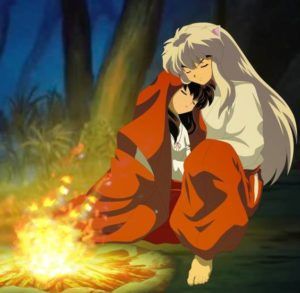 Below a list of all the anime and manga that we discussed and suggested in this post.

Create a self-help group who we can complain about non-existent fandoms. 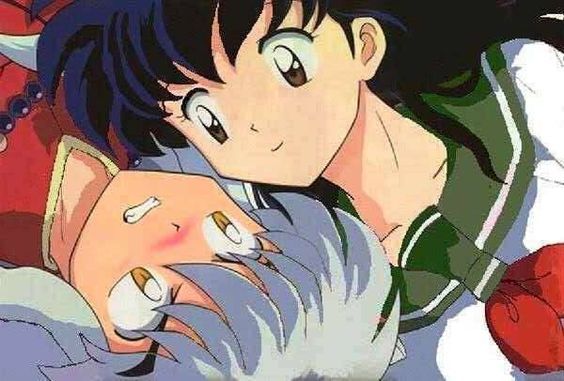 Be on the lookout for other collab posts! Go ahead and check out Rai’s awesome anime blog HERE

I’m so happy we did this collab and even more happy that I made a new friend!

Spends her time watching anime and reading anything she can get her hands on. Also passionate about Disney, Harry Potter and helping those with depression and anxiety.
Articles: 130
Subscribe
0 Comments
Inline Feedbacks
View all comments

Diabolik Lovers…Try Not to Kill the MC