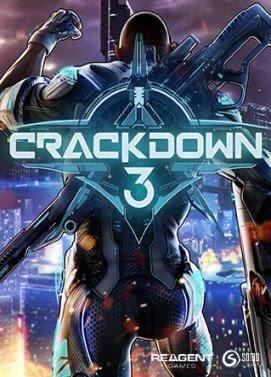 Microsoft Windows
Xbox One
Crackdown 3 one of the most anticipated games, as been set back with a lot of delays, but should be released now sometime around spring of 2018 thus year, hopefully. The story is suppose to take place ten years after the events of Crackdown 2. A terrorist attack kills power around the entire world, the Agency is brought back into action after the attack is traced to the city of New Providence, controlled by an organisation know as Terra Nova.
After a failed attempt at the organisation, our players characters are called in to take down Terra Nova anyhow they can. Crackdown 3 is an exclusive game to Xbox One and on like previous series in the game, will have an immense level of environmental destruction in an open world, powered by Microsoft Azure everything in the game can be destroyed.
It stand out from games like Grand Theft Auto or Saints Row by making you feel like a superhero, and focuses on taking down criminal syndicates (similar to the original Crackdown). Plus the superhuman abilities for strength and speed, along with an arsenal of weapons and vehicles helps lol.
With development by done by British developers Reagent Games and Sumo Digital, with former Realtime Worlds head and series creator David Jones and published by Microsoft Studios. Crackdown 3 promises to be a great action-adventure video game.
Click here to find out more