HAPPY HOLIDAYS TO ALL AND A HAPPY NEW YEAR! Welcome to my post reviewing Grimgar: Ashes and Illusions, a post I have wanted to talk about for some time. So as the year has come to an end, and we start a new one. There is no better time to dust this anime off my shelf, rewatch it, review it and get anyone who hasn’t seen it yet to give it a try.

Grimgar: Ashes and Illusions (Hai to Gensou no Grimgar)

When Haruhito awakens, he’s in the dark. He doesn’t know where he is, why is he here, and where he came from. Around him there are several other men and women who have the same problem. Together, they advance forward away from the darkness, and a world they’ve never seen before called “Grimgar” spreads out before them.

With no memory of how they got here and with only a fleeting memory of their names, these adventurers have to fend off all sorts of creatures. In this new world, the adventurers find that there’s only one rule – kill or be killed. Memories, money, special powers — this is the reality we who have none of those things have obtained.

Grimgar: Ashes and Illusions (or Grimgar of Fantasy and Ash), Japanese title “Hai to Gensou no Grimgar” is a rather unique take on the MMO isekai genre, taking a much more slower and measured pace than the usual fast paced action-focused elements the genre is usually known for.

Grimgar to me felt more like a ‘Slice of Life’ fantasy adventure. Focusing heavily on character personalities, drama, tender scenes, moments of valor and friendship. And that’s truly where Grimgar shines the most the feeling of comradery among the characters.

It takes a more realistic approach to people being unnatural inhabitants in a world that takes its self for granted, being very unforgiving if taken lightly, with no memory of their former world they fight to survive and succeed in their new one and coupled with the beautiful watercolour art, it  makes for a refreshing change of pace from other isekai.

Overall the series is a very compelling and unique adventure. Grimgar is an anime that needs some time to build off its weak start than your average fantasy series, but the show feels more fully realized and emotionally fulfilling for it.

Grimgar: Ashes and Illusions or Grimgar of Fantasy and Ash (Hai to Gensou no Grimgar) is an anime based on the light-novel series written by Ao Jyumonji and illustrated by Eiri Shirai. Grimgar’s main theme to me was realism, with dialogue-less moments, where sometimes music was used to express the narrative and character development.

Grimgar is a slow-burning, and surprisingly thoughtful anime even though we are not given much explanation as to where they actually came from, and what they are doing in Grimgar. It’s an anime that feels more like a slice-of-life than a regular old isekai, with the way it handled things like deaths, teamwork, life and character development.

This might be in part to Ryosuke Nakamura, the director who is most known for slice of life shows and not action-adventure shows. Players don’t respawn if they die, monsters don’t just disappear once defeated leaving loot behind and NPCs don’t teach new skills or craft for you at the click of a button.

Looking at “What if this was reality?” where you choose a class, join the respective guilds for them, kill monsters and sell their parts or loot for money, an MMO world without all the conveniences but all the consequences.

I love how they gave us these characters that feel like real human people, that we get to see manage basic needs, such as food and shelter. Seeing their individual daily lives and interactions and moments that feel real and necessary for the plot and characters. Balancing wonderfully realism and narrative focus, to create a series that though progression can be slow, watching the growth of the group and the developing of bonds make it worth the watch.

Grimgar takes the emotional lives and development of its characters seriously, and is much richer for it. Showing real friction between members and uncomfortable conversations. I love how real and relatable the characters are.

Some characters establish their own identity and tone immediately, while others became clearer as the story developed more. Their reactions to waking up in a strange world, with strange rules, where they are expected to fight monsters, gain loot, level up and knowing but not knowing they had left one world for this one felt real.

And they were not overpowered characters who could take on a hoard of monsters. Their party lacked skills, had no experience, and even dealing with the lowest level monsters, goblins was first really impossible for them. They lived each day as it came.

The characters are all so lovable I would have loved being part of their party and exploring the world of Grimgar with Haruhiro, Ranta, Manato, Shihoru, Moguzo, Yume and Merry.

Grimgar’s art was dazzling with animation that’s definitely above the usual anime offering, with beautiful watercolour backgrounds, atmospheric lighting effects and amazing character designs. The scenery was just so beautiful and complemented the story, always helping create the desired mood of the moment. It was a world I wanted to explore more of from its city life to its dungeons.

The soundtracks set the mood flawlessly and with great consistency, that resonated with me and sometimes hit close to home. And like the art really helped set the mood and help with story development, where words would fail.

If you like Grimgar: Ashes and Illusions so far don’t forget to check out these posts:

I honestly have a lot of favourite moments from Grimgar, like when they raided a goblin hideout, when the party would sit and eat together, quiet regular day moments the list could go on.

One will have to be; Episode 5 of Grimgar: Ashes and Illusions. It was realistic in how it handled an issue, letting us know it was ok to not be ok. While still also making laugh after it all.

Another would be Ranta and Haruhiro dynamic, the others interactions were great too but I liked how their relationship was like Yin and Yang. They both never really could agree on anything but they work well together.

Episode 4 of Grimgar: Ashes and Illusions. It was an episode that really reminded me to let the people you love know how much you love them.

Even though he can be difficult and he tries to act tough, Ranta’s a softie, he cares about his party,  providing the extreme perspective they need sometimes and is willing to dive into the thick of battle to help protect the others. He’s not perfect but he does have redeeming qualities that he tries, I think in his own way to use to make up for them.

They are not terrible but since I have to pick;

I learnt a lot from Grimgar: Ashes and Illusions, like;

Grimgar: Ashes and Illusions will resonate with and sometimes hit close to home. All the while taking you on an amazing adventure of a zero to hero story.

When is Grimgar: Ashes and Illusions Season 2 Release Date?

But since then nothing. But there is still hope, anime shows often have gaps of years between them sometimes. Our best guess is that Grimgar Ashes and Illusions season 2 release date could fall sometime in 2021 or 2022. 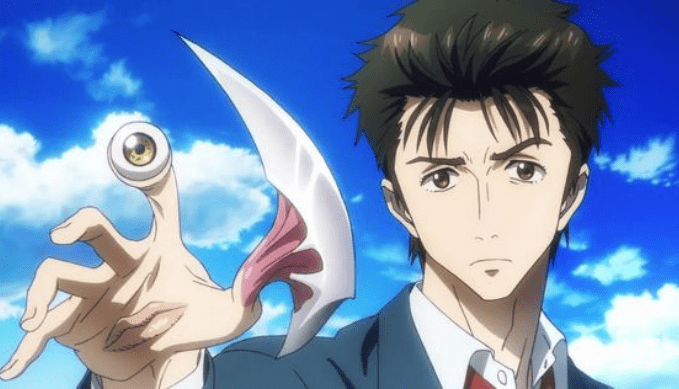