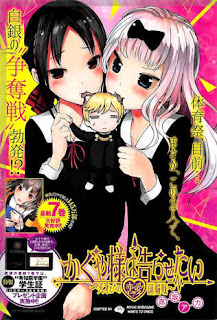 This is my review for Kaguya-sama wa Kokurasetai: Tensai-tachi no Renai Zunousen. As I am not Japanese, I will be referring to the characters by their first names. Without further ado, let’s get into the specifics:

Quite simply, this manga revolves around the two main characters, Miyuki Shirogane and Kaguya Shinomiya trying to make the other confess their love. The way this is executed is what helps this work cement itself at the top of a bunch of other manga that have a very similar premise. Instead of the usual cliches in romances, our two main characters not only are aware of their attraction to each other, but also know that their counterpart harbours the same feelings. This is already starting off on the right foot. One thing to note here is that most chapters are episodic, although there are some instances where a certain part is stretched into more than one chapter. I like to think that this manga is split up into two parts: part 1, where the entire focus is on Miyuki and Kaguya, and part 2, where we get to see some more screen time for our other characters. Part 1 is why this manga has the psychological tag: Miyuki and Kaguya are constantly playing mind games on each other, often resulting in humourous situations. In the mix, we have the other two main characters, Chika Fujiwara and Yu Ishigami each with their own moments, as well as supporting characters such as Nagisa Kashiwagi and Miko Iino. The mangaka, Aka Akasaka is simply a genius because of his ability to come up with these unique mind games. In part 2, the psychological part settles down a little bit and the slice of life comedy tags kick in (although there are still mind games from time to time). Given that, the story is great.

Kaguya-sama is a great example of why the common saying “don’t judge a book by its cover’ is true. When first looking at the cover, I’m sure you, the reader, thought that Kaguya looked kind of scary. The artwork in the actual manga is different from what your first opinion might be. It doesn’t have absolutely gorgeous art, but it doesn’t need to as this aspect isn’t the manga’s strong point. Nothing much to say here, as the visuals compliment the writing well enough to get the job done. Each main character has their own signature facial expression, try figuring out what they are as you’re reading. Kaguya’s in particular should be very, very easy to see.

Definitely the strongest part of the whole manga. The character personalities themselves may not strike you as being the most unique, but they are all still lovable in each of their own ways: here is a quick breakdown. We have Miyuki Shirogane, president of the student council and the top of his grade. What separates him from most other male characters in romances is his lack of denseness. Given his background, it’s hard not to cheer for him as his pursues his love interest. I can see why Kaguya loves him so much, and if I were a girl, I would feel the same. Speaking of Kaguya, she’s the vice president, and second only to Miyuki, and I believe her personality is just really, really sweet. Chika is the airheaded secretary and is often the comic relief character in the series, while Yu is the treasurer with a mysterious past. Later on, we have a new character in Miko as well. And then there’s Ai Hayasaka, valet for Kaguya. She is the master of snarking, and is an amazing and quirky character. The best part here is the fact that because of the limited cast size, each character is extremely well developed. This is especially the case with Kaguya Shinomiya and Yu Ishigami. With these two, you can clearly see how Kaguya changed from being an ice princess to her current state, and how our fellow treasurer has started to come out of his shell a little. Definitely a great set of characters, so more props to Aka.

With all the praise that I gave, it’s no surprise that both my enjoyment and overall ratings for this manga were the highest possible. New chapters are released weekly, and Kaguya-sama is one of the few manga where I look forward to reading to see what happens next. It has been excellent up to this point, and I know it will be excellent all the way up to its final chapter. That’s all I have to say. Thanks for reading! 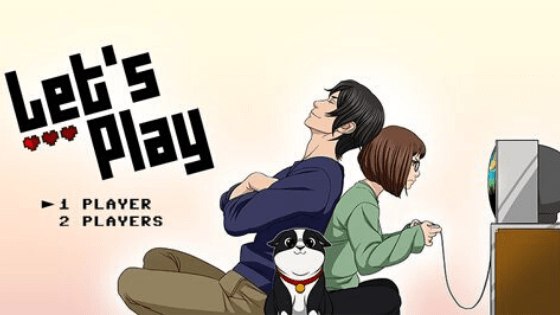 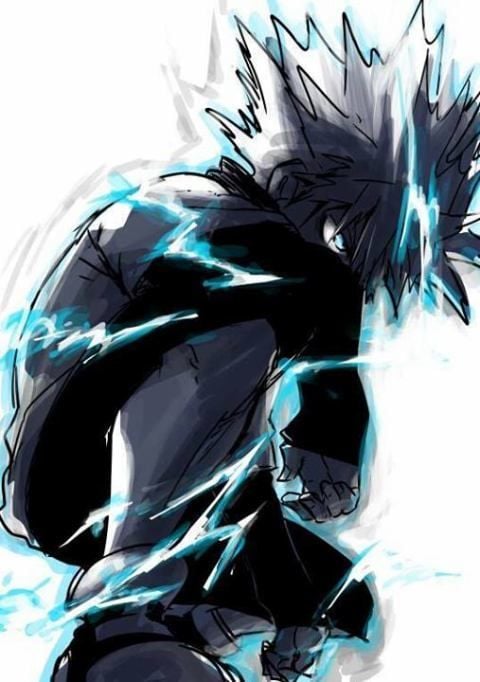