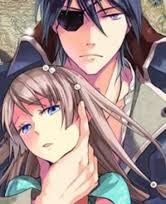 Do you like pirate stories? Then find yourself another manga, because this one hardly touches the subject. But give a chance to Aoki Umi no Toraware Hime. You could still appreciate it, as this manga is very pleasant to read.

It tells the story of a princess, Matsurika, who’s kidnapped by a pirate named Raju to be sacrificed on a divine altar. There are various misadventures and altercations with other characters, including the heroines suspicious fiance . Also, there’s obviously a romance between the princess and the pirate. It’s a shoujo, after all.

There are also a good number of plot twists, some more obvious than others. The scenario may seem somewhat basic at first. However, it quickly becomes more exciting when you discover his unique universe, and that from the first pages.
The chara-design is very pretty, whether it’s about male or female characters. Each character has an appearance that is unique to them, so they are all different and easily discernible. Their clothes are also very aesthetic, especially Matsurika princess outfits. As for Raju, he has the typical chara-design of a pirate with his eye patch. But this is not a problem in this universe that purposely looks like a fairy tale. But if I must also quibble, I will say that there may be a little too much white backgrounds and not enough real decors.

In addition to their chara-design, the characters may seem a little cliche: the princess who is constantly the damsel in distress, the rude but mysterious pirate, the rich fiancé who turns out to be the worst … Also, some websites include this manga in the harem genre: don’t listen to them. Despite the fact that the protagonist is surrounded by several male characters, her interactions other than with the main guy are limited, and there is no trace of romance with the other boys.

The secondary characters are also relatively undeveloped. They are only there to bring some lines of dialogue into the romance between Matsurika and Raju. For example, the tattooed boy has almost no importance throughout the story. It’s only at the end that he does something rather important, but it’s brought suddenly and without any preparation. What he does is quickly swept away and his past is only evoked for only one case. This is also the case for the other members of the crew: their past is almost unknown and their dialogues are limited. It’s a shame, because they’re endearing characters: they deserved to be more present.

Another negative point is that the end seemed somewhat brutal. In addition, there are still outstanding issues, such as the images that Matsurika saw at the altar. It’s easy to find the answer, but a real conclusion would have been more than welcome. The link between Raju and the knights is also vaguely evoked, while it should have been better developed. How? Why? There are too many unanswered questions. A few more chapters could have fixed that.

If I had to rate Aoki Umi no Toraware Hime only according to the enjoyment I had while reading it, I will give it at least 8. Because I really appreciate it, whether for its interesting characters or its captivating universe. But all his little flaws force me to lower its note. This is nonetheless a very good manga with a very interesting setting. With its fairy-tale like Pirates of the Caribbean tunes, I’m sure that a movie adaptation, animated or with real actors, would suit it very well.
07/10 for this manga that deserves much more. 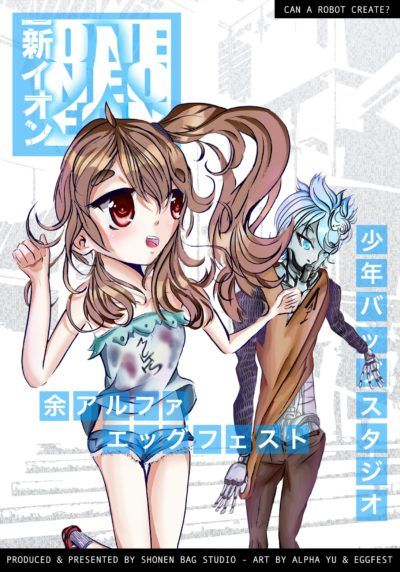 Way of the Blade: Chapter 5 – Onward to Hirashi