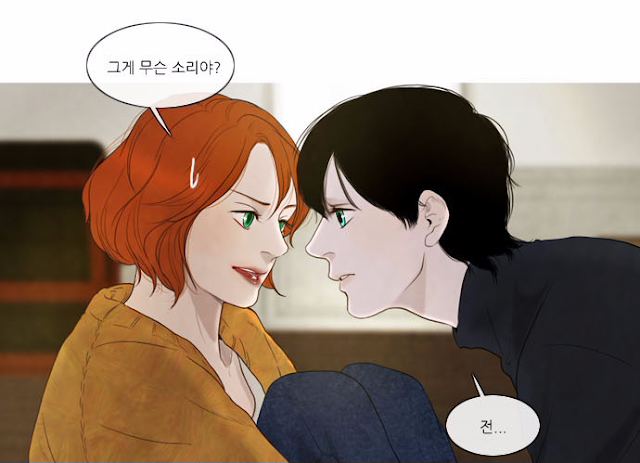 Winter Woods is a Sci-fi/Fantasy + Romance comic with fresh art, characters and story. The characters are very well made and relatable. the character development of winter who is learning human emotions is portrayed very well. The art or should is say the Direction(as in directing a movie) is what has conveyed the feelings of each characters beautifully and made this story a success.

That is the end of my review, but if you want to know the summary of the comic in detail then here you go…

A long time ago there lived an alchemist who lost his son, to overcome his sorrow he started creating a human by using the parts of dead people, after a lot of failures he accomplished creating a human with emotions, they both lived together, until the alchemist turned very old and passes away leaving behind the human he created and Roy – a parrot he created who has six senses and can talk.

A few years ago he was discovered and was experimented upon for research purposes till now, even though he seems to live perfectly without ageing he doesn’t have much emotional quotient

The lab sets him and the parrot to with Jane – a writer wanna be who is waiting to hear a good story which would make her be accepted in a publishing house, which she has been failing so far. Jane takes them in with her thinking their story would be beneficial to her without knowing much about their past or the lab monitoring the house.

After they start to live together, he was named Winter Woods by Jane and the story continues with Winter getting fond of Jane and learning to feel emotions and become more humane, but becoming a complete human had the consequence of winter facing all the time he has denied till now.