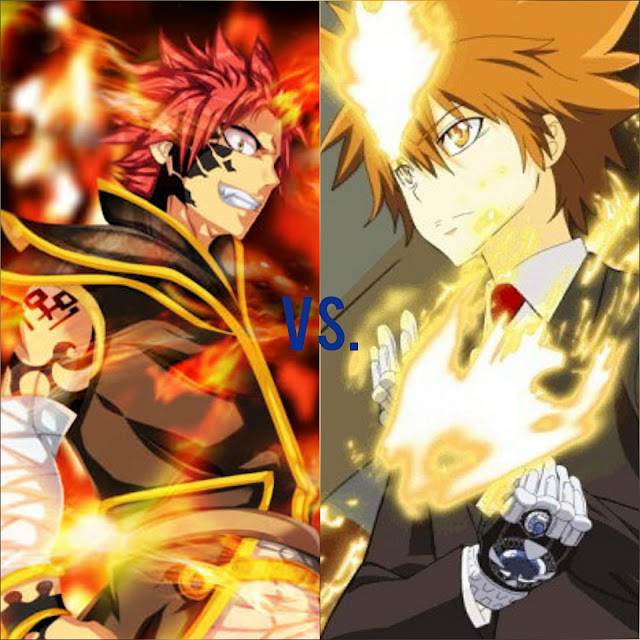 Its a fight of two of the best fire elementals, Natsu and Tsuna. Ones a fire mage raised by a dragon, the other is next in line to become the boss of one of the biggest mafia organisations.
This should be a very interesting showdown, let’s take a look at the background of both characters before we start the showdown. 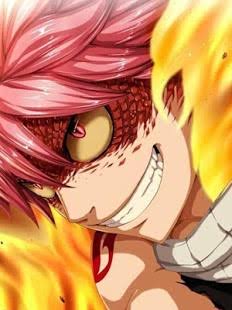 Natsu is a mage of the guild Fairy Tail and younger brother of Zeref Dragneel, having originally died 400 years ago, but being revived as his brother’s most powerful Etherious through dark magic, after him and their parents are killed by a dragon. He is also five of the dragon slayers sent to the future from the past to defeat Acnologia and do other things.
Orphaned at a young age and raised by Dragon Igneel, who taught him exactly what he needed to survive in the world, magic 😃. Then Igneel disappeared with all dragons on earth mysteriously. After this he joins the Wizard Guild, Fairy Tail all the while still searching for Igneel.
He as learnt a lot there and made many friends there, and as earned the named salamander thanks to his powerful fire magic, that is supposed to make him able to go toe to toe with a dragon. His strength, durability and reflexes are all uncanny, he’s even showed some animalistic traits like a sharp nose. His only Hercule’s heel is motion sickness 😂😂😂. Superman as kyptonite, Natsu as motion sickness. For more info on Natsu Dragneel click here.

Natsu suffers from motion sickness easily, it’s so severe that it leaves him helpless in combat so long he’s on a moving vehicle or animal. Finite Magical power means he can run out of magical energy. Inedible flames means he can eat his own flames to replenish is magical energy. Impulsive rushing into battle without thinking.
Lighting Flame Dragon Mode and Dragon Force are exhausting leaving him completely out of stamina after prolonged use. Fire Dragon King Mode is finite once he uses up the stored up power of Igneel in him, he will not be able to access it’s power, but he can use a weaker version by using his own power.
If the Book of Zeref or Zeref himself is destroyed Natsu will also die. 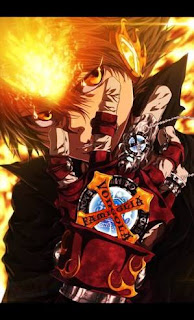 Tsuna is a cowardly and useless junior high school student known as “No Good Tsuna” by his classmates, because of his poor grades, wimpy attitude and lack of athleticism. Then a baby hitman called Reborn appears one day tell him, he’s going to become a mafia boss and he here to train him.
Tsuna was chosen by the IX to inherit the role of X generation Vongola boss. With harsh training from Reborn and him having to form his own Vongola guardians to protect and assist him.
He’s somewhat of a pushover, even though he is the tenth generation Vongola boss. Tsuna is unwilling to take part in anything that has to do with the Mafia, but he’s still ready to step in to protect his friends and family. Click here for more info on Tsunayoshi_Sawada 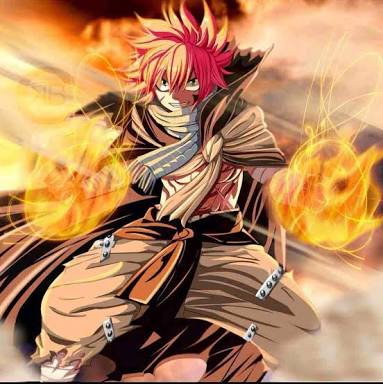 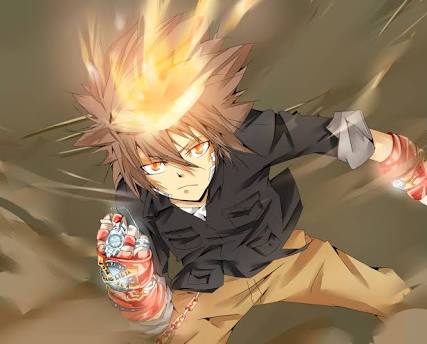 It will be a though fight for both, Tsuna has the obvious speed advantage, Natsu could eat all Tsuna flames,  Tsuna can also do the same thing, so they have adequate power to both go on fighting at full power. But Tsuna has ice manipulation which renders most of Natsu’s flames uses.
Tsuna also has gravity manipulation which is powerful but Natsu does have his E.N.D transformation. And there is the fact he might not be able to freeze Natsu flames since they may not fall under Dying Will flames, but he could send his own flames at them and freeze him. He as done this one to freeze a lake.
There is the fact they can also absorb each others flames and use it to carry out a very offencive counter attack on the other. The are both evenly matched to me but Tsuna does have the upper hand in mobility and can use that to is advantage. Plus with is X burner shots could Natsu absorb all his attacks.
But Tsuna does have a time limit which could work in Natsu favour, but Tsuna is usually equipped with enhanced protective clothing which will increase his endurance. And Natsu has his lighting flame dragon mode which Tsuna can not absorb completely cause of the lighting. But Natsu still can’t what he can’t see.
Their ultimate forms might be the only way to decide a winner, Tsuna has ultimate dying will mode and Natsu has is E.N.D form. Tsuna reflexes outclass Natsu’s speed and he as more defensive options. Natsu is physically stronger, more durable and more headstrong.
Hyper Intuition gives Tsuna precognition and alerts him of upcoming attacks. And sky flames harmony effect can petrify Natsu. But Natsu probably has more destructive capacity. Natsu may not be able to handle gravity of a star and no counter to transmutation.
Tsuna’s forms last longer than Natsu’s. Natsu could also burn through his magic faster than Tsuna’s forms.
Sawada Tsunayoshi wins.
Hope you enjoyed reading, would like to hear your thoughts on who you will win. Like and subscribe to get updates on our new content.