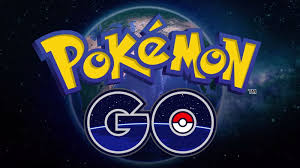 I recently started playing pokemon go, a friend recommended it to me and I was sceptical at first but its become a game that I have played and reluctantly took my eyes off playing it on my phone and found myself a bit lost. 😂😂😂 Still trying to collect all the pokemons😆😆. Well done Niantic  on creating a good game.
So this is the link people who haven’t played the game yet  ;
So I started my creating my own character, which I felt was nice because I love games where you can customize your character and make him unique. Then you are put into the world where you see pokesStops and pokemon gyms and you are given eggs, berries, pokemon balls and potions. As you move in the real world your player moves too and when you encounter a pokemon, it appears on your screen as if they are in the same real world location as you on your phone and it just blows my mind.
For more info about the game you can click here Pokémon Go more info.
So now I am going to tell you some ways to become a pokemon master, tested and trusted.

Prepare to move around a lot on the map

Don’t just move around randomly on the map, use the Nearby and Sighting radars it’s at the bottom right corner of the screen, it will allow you to hone in on what creatures are around you or by the Pokestops. Remember some pokemons can be found by their Type in real life locations like for example water type pokemons can be found near rivers, lakes or any other body of water, while for some pokemons you will have to travel to another country to get them they are “region-exclusive “

You can select which type of Pokemon you want to evolve your Evee to by changing it’s name to the corresponding evolution you want before you start evolving.

But this won’t work if you have anyone like if you already have a Flareon, the Pyro trick won’t work.

Pikachu as your starter pokemon

When you are first kept into the game after customizing your character that Charmander, Bulbasaur and Squirtle will be around you. Ignore them, refuse to capture them and just wait for Pikachu to appear and catch him

How to level up faster

Using lucky egg with Incense or Lure Module prepare to be making some massive XP just by catching pokemons. Also evloving pokemons give you the most XP out of any other activity in the game. And if you use lucky egg with incense or lure module, your normal 500 XP reward can be doubled by 1000 XP for every pokemon you level up.
Pidgey, Weedle or Caterpie should be used for this because they require little candy to evolve them. If you are evolving a pokemon you haven’t caught before, you get 2,000 XP.

By not moving at all and leaving your phone on a table or anywhere, leave your game open and your player will step from side to side and these little movements count as walking towards hatching your egg.
Using public transport is also a great way to hatch eggs and unlock certain medals, As long as you are nother moving to fast. Its also a good way to track specific pokemons.

How to resurrect a pokemon without revives

Your out of revives, then use candy by power up or evolve your pokemon bringing it back to life with HP. Great for those sticky situations.

There is a cross at the bottom of the screen tapping on it will automatically let you gain every item . When you need to get back on the map to search another location or capture a pokemon.

You get a little XP when you capture pokemon with a curveball. To throw a curveball start my holding the pokeball and rotate it round, move the ball up the left side of the screen and release at the same height as the pokemon. It will curve in rotation you spun the ball and land, starting capturing process of the pokemon as long as the pokemon as not moved.
There is also a 1.7x bonus when you use a curveball 1 to catch a pokemon, that means they don’t break free or flee and it’s 1.5x higher than using Razz Berry or great or ultra ball.
Here a video on how to do it ;

You don’t have to tap the pokeball at the bottom of the screen every time you want to access your menu items. Instead use gestures like ;

There are three teams to pick from Team ; Instinct, Mystic or valor. It doesn’t really so far have any impact on the game in any way apart from when raiding. The only think you should look at when they send you an invite, is the amount of members they have. This will help you for assistance in raids,  more players online the easier it will be to take over gyms and defend them.

If you make or have made a mistake while evolving a pokemon, you don’t have to worry anymore or get rid of the pokemon, with TMs (Technical Machines) you can reset your movesets and make a great one. You can get them in raid battles, put first a low toughness pokemons or high DPS in battle team. This way they can get in one or three charged moves before the Raid Boss knocks them out.

This are places where 1 or 4 of the same pokemon will spawn regularly, but note that very rare pokemons don’t have nests. Nests location currently change every two weeks at 12 a.m UTS, every second Thursday. Nest migrations are random so you never know what you will get. While water and electric area not nest, you just need to move to a water location or big electric centre.

To get new or split evolutions, you need evolution items which you can collect from PokeStops. They are harder to get than pokemon eggs, so be ready to go to a lot of pokestops to find them and they can only be used once so be ready to search a lot if you want to evolve a lot of pokemons. You can also get them from your 7 day streak spin and randomly from other spins. Here are some of the evolutions you can get ;

If you are like me and you always want the best pokemon that you can get, hold off evolving your pokemon till you have 125 candies to evolve your pokemon, this is because you might find a better version of the pokemon you want to upgrade with higher stats and HP. You could also get a third evolution by capturing a Raid Boss and save yourself evolving and using the 125 candies for powering up the pokemon.

Don’t use it till you are level 14 or 15 because this will help you later increase the power level of your strongest pokemon. The ones you catch before that are ignored after your level increases, so its just a waste.

So this are my tips on becoming a pokemon master. Let me know what you think and remember sharing is caring so leave comments on any tips, tricks or secrets your know we really like to hear from you. 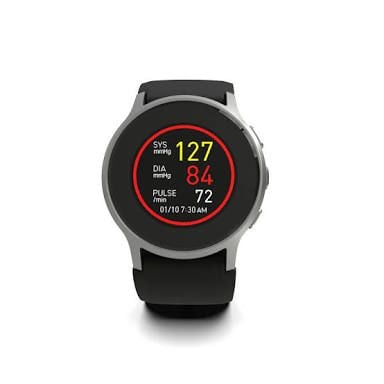