There has been controversies about the ship regarding Rachel and Zack’s age gap (~7 years, Rachel is 13 and Zack is assumed to be about 20), particularly when the ship is shipped romantically or even just platonically. Most fans compensate by aging up the characters in fanworks to prevent arguments or drama.

I’ve mentioned this before regarding Zack and Rachel’s relationship but I feel this needs repeating. As for now, where their relationship is, is strictly platonic. Do I ship them? Heck yes, I do. BUT ONLY after they’ve both grown up. I don’t see it as grooming either since anything romantic is the furthest things from BOTH of their minds. They’ve been dealt a hard hand at life and only know survival. They would both need therapy and serious help but I do believe that these two help each other and have that trust there that could make a beautiful relationship.

For context, the husband and I are also 7 years apart. So the age difference definitely could work. But not yet. That’s why fanfictions almost always show an aged up version, which is good. If she was still 13, it would be weird. But Zack doesn’t show interest of any kind to her then. We can see that there’s the POTENTIAL for it to grow into something more as they age, which is totally fine.

From the onset of this anime, Rachel and Zack bind themselves with a promise. If she helps him get out of the building, then he has to kill her, but Zack has a stipulation of his own. Rachel’s eyes need to change, or in a sense, become more human before he’ll take her life.

This promise between them becomes the sole purpose of their goals. Rachel seeks constant affirmation that Zack is going to hold to the promise and stay by her side until their time of reckoning comes. She does this by asking if she’s been useful to him each time they struggle through an obstacle.

Once they make it to Eddie’s floor, they find a grave that’s been specifically prepared for Rachel. It’s the largest in the plot, and seeing it instantly pisses off Zack to the point where he wants to destroy it. Rachel stops him, feeling sentimental about the resting place that’s been thoroughly prepared for her benefit.

It’s one of the first gestures from Zack that shows that he cares about Rachel’s words. Up to this point, he’s been rude towards her and could care less about what she wishes, but he concedes on this point. He even fondly touches the headstone with his hand for a brief moment.

His emotions come across even more so when Zack shoots himself in the arm with both of the drugs Cathy provides. In the wake of him losing his mind, Rachel is able to find a bit of clarity wherein Zack tells her not to let him kill her just yet. Even though he speaks harshly, Zack continues to protect Rachel from harm as much as possible.

At this moment, Cathy has pitted Zack and Rachel against each other where only one of them will survive. Zack decides that he will not be used as a tool and slices himself with his scythe. This speaks to Zack’s intrinsic desire to protect Rachel in dangerous situations. When she proposes a harmful solution to any of their obstacles, Zack takes it upon himself to gain control of the situation, so that the danger passes. It shows that he cares more than he lets on.

As they search for their final destination, Zack gifts Rachel his most precious knife. When breaking through iron bars, Zack loses his strength of will while Rachel resolves to get the bars open no matter what. When Zack notices that she’s trying to do so with the knife he gave her, he brings her up short.

He mentions that she’s the first person he’s ever given anything to and that it’s not for keeps, but so that she could keep herself safe. If this doesn’t scream love and care for Rachel’s well-being, then we don’t know what does.

So could they/should they be in a relationship? Only after they’ve grown more. But yes. Right now it’s more of a best friend type of thing. I for one will keep reading the aged up fanfictions and shipping them always.

What do you think? Let us know in the comments below!

Spends her time watching anime and reading anything she can get her hands on. Also passionate about Disney, Harry Potter and helping those with depression and anxiety.
Articles: 123
Subscribe
2 Comments
Newest
Oldest
Inline Feedbacks
View all comments 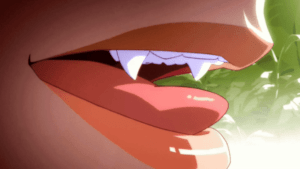