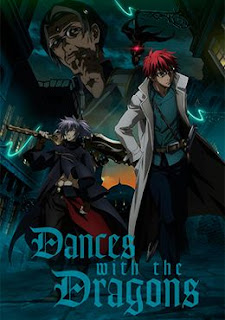 Dances with the Dragons is an action, drama, fantasy, sci-fi that will premier 6th of April, 2018 and made by Seven Arcs Pictures.

Based on the fantasy light novels of the same name, it takes place in an alternate world where warriors combine science and technology to fight monsters.

The story follows Gaius Sorel and Gigina Ashley-Bufh, a pair of mercenaries who take odd jobs in the crazy city of Eridana. I really expect a lot of fun adventures from this anime.