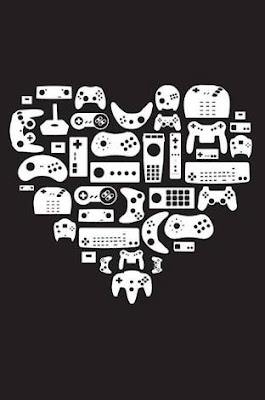 Hello everyone its another wonderful day I hope, so today I want to talk about all the improvement and developments we should be expecting from the gaming world.  While we can image a future where gaming is filled with new and exciting technology in virtual reality, new consoles and more powerful gaming PCs.

Even though for now VR games are not really an appeal when deciding on getting a game, because to me they don’t really add much to gaming, yes being immersed in an alternate world is nice but it isn’t the primary reason for most gamers gaming but they do offer a far richer immersive world and I think with the ARAIG, there will be a rise in appeal to VR games and could be one of the things to make VR gaming more popular, but with Real-time ray tracing was revealed to be the next big thing in rendering while Epic Games gave us a taste of how it might be used to create the most lifelike characters ever. Using its capture technology, the Unreal Engine creator displayed a future with character models so realistic you might not be able to tell reality from fictional world. 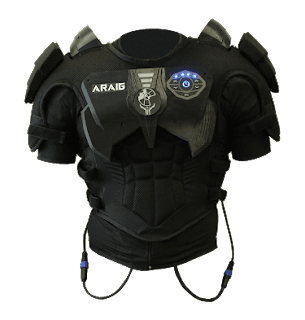 It’s a sensory feedback suit for video games that makes you feel every hit point your player feels. Forget feeling feedback via vibrating controllers and peripherals and like the company says “Finally you get to feel what you’ve only been able to see!”
Am just so in love with this it as so many applications in VR gaming and just normal gaming. For example you could be working in the rain in the game and feel every rain drop, it aims to deliver a multi-sensory experience that so far as not been provided if you ask me.
The first type of feedback is surround sound, but since it’s coming from the suit, it follows you wherever you move. It aims to make you feel like you’re right in the middle of the audio action, since you literally will be. The second form of feedback will be a host of vibration systems that cover most of the torso and upper arms. The third feedback system, STIMS, is made up of what is essentially that machine you see in infomercials that claims to work out your abs for you. You hook diodes up to your muscles, and little stimulations cause your muscles to automatically contract and relax. This kind of system will provide more sophisticated feelings that a host of vibration sensors couldn’t, but in conjunction with the vibration units could create a new sensation.
Really makes you feel like you will be in gaming heaven heh.

so what’s happening with consoles you ask ? 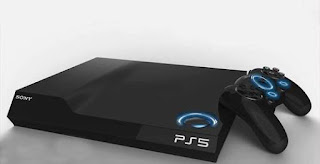 So PlayStation, now that Sony has announced the PS4 is reaching the end of its life cycle, we are are all thinking about the PS5 but to be honest my mind as been on it for a while before this.

What we know about the new playstation 5;

At the moment Sony is keeping very quiet when it comes to specific plans for the PS5. While we know that a PlayStation 5 release date will one day exist thanks to Sony’s President and CEO, Shawn Layden, who confirmed as much in an interview with Golem.de, we don’t know when this day will come. At the moment, it doesn’t seem like it’s going to be anytime soon. Between Sony’s financial forecasts, the pace of the development of new technology, and the best guesses of analysts it looks like the PS5 is at least two or three years away.

When next-generation titles roll around, I would expect Sony will be looking at handling their big file sizes with a 2TB console, which is great news for gamers.The only other obvious improvement would be to boost the console’s overall performance to ship quality PlayStation 5 graphics.Sony currently uses a high-end AMD Radeon graphics card in the PS4 Pro, so we’d expect to see a newer-generation version of this in Sony’s next console.

Microsoft has confirmed that new Xbox consoles are on the way, but they won’t be any virtual reality upgrade, with should come as a shock to Xbox gamers since PlayStation as been using VR since 2016.
At the end of Microsoft’s E3 2018 conference, Xbox boss Phil Spencer officially confirmed that a new Xbox is on the way.He revealed that his team is “deep into architecting the next Xbox consoles”Spencer added that the Xbox team “will once again deliver on our commitment to deliver the benchmark of console gaming”.The Xbox boss also made mention of artificial intelligence, which means we could see further integration of Microsoft’s Cortana virtual assistant into the Xbox 2 and maybe an handheld from the use of the pular “consoles”.

On reasons why there is no virtual reality upgrade, Microsoft marketing chief Mike Nichols said that your desktop computer is “probably the best platform” for virtual reality.
He added that for the Xbox, “our focus is primarily on experiences you would play on your TV.” 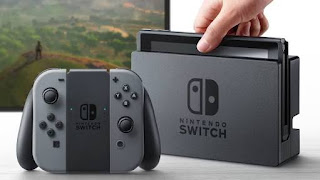 The Nintendo Switch is a new console and is just over one year old, and it’s still a very hot commodity with no signs of slowing. Nintendo had to readjust its sales expectations for the first year of the Switch. It’s the fastest-selling Nintendo console of all time: selling a bit close to 15 million Switch consoles in its first nine months on sale. The Switch is the best of both worlds, a home console as well as a portable console. Nintendo doesn’t seem to bringing out a new console anytime soon, but they are working with a San Francisco-based venture firm named Scrum Ventures to identify startups interested in creating Nintendo Switch hardware. The startups are specifically focused on creating “technologies that could lead to new experiences on Nintendo Switch.” Which to me just seems like peripherals.Since the Switch has Bluetooth connectivity, a USB-C port, and an auxiliary port, it’s possible to connect any number of devices to the console. Similarly, if the console is “docked” for home use, you can access standard USB and USB-C ports.
So am sorry Nintendo gamers but apart from new hardware, I don’t think you should be expecting a new console anytime soon. 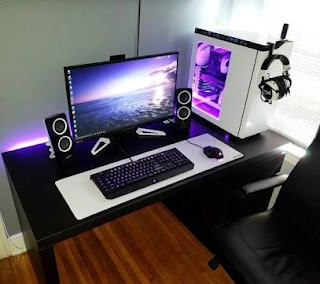 PC gaming is great and is going to be around for a long time for so many reasons for one, games are cheaper than on consoles because there is a added royalty fee to the additional cost of the game. Plus better graphics than consoles, if you have a powerful gaming PC. Hardware inside a gaming PC can far outperform gaming consoles, giving you smoother frame rates and higher graphics setting levels.

Playing multiplayer games are free on PC gaming and it’s fun getting to build your own gaming PC from scratch and after you just have to upgrade parts to keep up with game development or for better player experience. And the fact of having something that is truly unique, custom built and to your exact specifications is great.

PC gaming will be around for a very very long time to come and many more improvements.

so that’s all for now hope you enjoyed the article leave us a comment we will love to hear from you and your views on this. Don’t forget to subscribe to us so that you can get notifications on new articles and don’t forget to check out our other content.