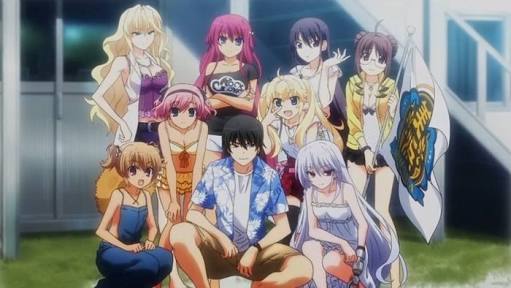 Even after I finished this series, it stayed with me. I was blown away by the characters and their backstories. With that being said, I almost stopped watching after the first two episodes because I thought it was silly and boring. I’m glad I stuck around though because I was so wrong. Upon first look, the character don’t seem like anything special but once you learn their backstories, it brings each one into a whole new light. My favorite character is Amane. I felt like she and Yuuji had the strongest connection and also that she needed him the most out of everyone. I felt like the time that she and Yuuji spent together on screen was cut way short(not her backstory) so I even ended up buying the VN. OH MAN! On the VN, I watched what I assume to be Amane’s happy ending with Yuuji and it destroyed me. I’m pretty dead inside and thinking about it still makes me want to cry. Amane and Yuuji are now probably my favorite anime couple of all time. It’s pretty amazing how two broken people can fit together so well.

Home in your Heart