It’s okay to be scared. It’s natural to doubt yourself, but if you can push through that, and do what needs to be done, you’ll do just fine.

Is Invincible worth watching? Season 1 of Invincible is a show when I first saw the trailer for, I wasn’t completely hooked on it but was interested to see its take on heroes. Mainly because I am a sucker for coming-of-age stories, action, and the 2000s animated style I got from it.

Based on the 2003 Invincible comics by Robert Kirkman, The TV series has gotten a lot of popularity, becoming a modern superhero icon with all the memes, clips, and reviews. After watching the series I wanted to share my thoughts of the series, and though late to the party I finally got around to writing it out.

The series follows Mark Grayson/Invincible, a 17-year-old teen that has just gained superpowers and hopes to live up to the legend of his dad Nolan Grayson/Omni-Man (the greatest superhero on earth—according to him). We follow his struggles to learn his newfound abilities, make tough decisions, an awkward love triangle and all the realism of an actual hero living in a world like ours.

Invincible is one of the year’s most surprising and best superhero series. Fair warning if you haven’t seen it yet it’s quite dark and gory sometimes, definitely not an animated series for kids, but in the shows defense isn’t that how realistic superhero shows should be? (i.e. made for adult audiences is what I mean by my argument)

Kirkman comics are always interesting and Invincible is not an exception, it merges various plot elements that we have seen time and gain from series in its genre but it works. That is probably the reason it’s so highly praised.

Invincible is a properly written series that, as I said earlier, mixes a lot of superhero tropes that we have seen repeatedly but strangely enough works, I wasn’t tired of seeing again this time around in Invincible.

The series was well written, with its mature modern take on superheroes and what family is. It strikes a perfect balance between comedy and some really emotional scenes and with great moral thoughts kept into the series. Invincible really seemed to tell a lot, maybe because it was animated so they could explore a lot more with the characters.

Invincible is an excellent series to recommend to someone who’s not really into the superhero genre but loves action and a show that can build tension. Invincible knows just how to keep you invested in the mysteries and the characters in the story.

Watching the series you can see a lot of thought and effort was kept into the plot and lore of the world. Though at first glance Invincible looks like a parody of different shows, the series has a way of painting scenarios as gray, that you can’t always easily categorize characters as good or bad, because there is usually a reasonable reason they do what they do.

The protagonist and other characters of Invincible are very likable. To the point, I care about them, their hopes, their dreams, where they are going, and where they are coming from. The characters know how to build off each other, easily creating tension and making a plot premise that isn’t completely new, very refreshing to watch.

Watching Mark, an awkward teenager with superpowers, try to navigate and balance everything was interesting, especially his relationship with Amber and his kind of love interest Eve. And his interactions with his family, friends, and fellow heroes.

Character development wasn’t for only our protagonist though we get to see Eve and other heroes develop too. But Eve finding her own way was great to see. They really fleshed every character out and we got to see what makes them how they are.

There are many interesting layers to the cast of characters that was probably why there were so many A-lists lending their voice to the series. Every character served a purpose for the progression of the plot. I ended up leaving the Invincible TV series interested in seeing how each character’s story would go.

The animation quality for Invincible was great. It reminded me of early Saturday morning cartoons. They well-designed characters so that it was easy to differentiate them from one another. They also choreographed fight scenes well, so that everything felt believable.

I also want to mention character design again, their design fits perfectly with the characters they are supposed to portray well. The world was so well done and felt very lived in. I really loved seeing the outer-space worlds, nature, and other fictional places, even glimpses of them.

The sound and music are really wonderful. And it really helps in complementing the narrative and building tension. None of the sounds felt misplaced, and they knew the right time to add music to set the mood for some fight scenes, reveals, or coming of age scenes that made the experience more fleshed-out.

Episode 2 of Invincible. We got to see another side of Omni-Man and it was fun to watch.

There were some but if I have to narrow them down, it would have to be between two. Probably because everything that could go wrong, did go wrong in these scenes.

Battle Beast and Omni-Man are pretty cool but I would have to pick?

Rex is pretty unfiltered, lazy, and funny but there is more to him than what you see at first glance. Even though he acts like he doesn’t care, he cares a lot for his teammates and those around him, but he can be very self-sabotaging and immature sometimes.

Art is someone that seems like he would have a lot of interesting stories to tell. Plus, he’s like Iron Man just without the cool suit.

He is pretty cool but don’t like the way he does things.

What I learned from Invincible;

YES!!!!! Invincible is an interesting series, with a lot of superhero tropes we have seen before but still done well, going further than most to explore what it really means to be a hero. I would definitely love to watch another season to see how everyone’s story goes.

Invincible is worth watching and always recommending to fans of the superhero genre, new beginners in the genre, or anyone really, as long as they don’t mind some really gory scenes.

When is Invincible Season 2 Release Date?

As of now, there is no official release date mentioned from any of the staff or studio. But, we know they have renewed Invincible for seasons 2 and 3. Animation production takes longer, but with proper funding and more staff maybe we could see it back as early as next year.

Also, Robert Kirkman has talked about the series running for a decade with plenty of comic material to adapt.

So with that, I am done! What do you think? Have you seen Invincible? What are your feelings about it? What are your favorite or least favorite moments? what character did you like? am I droning on? Drop a comment below and let us know what you think!

Till next time… Remember whatever is meant to be will be! 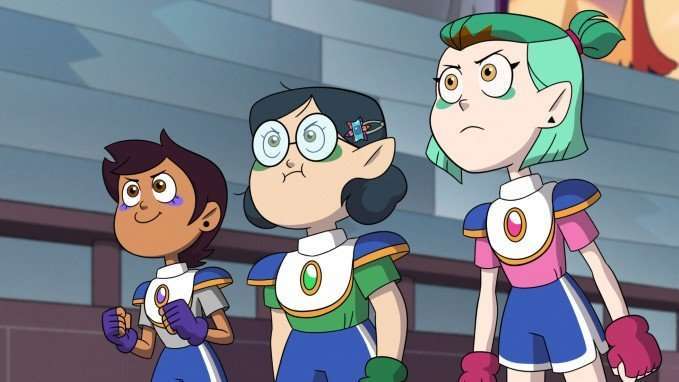 The Owl House: A Breath of Fresh Air for TV

A-Z on Catfishing and How protect Yourself

Jams of 2017, The songs that Rocked the Year and Yo! D101 Members Play List Pick