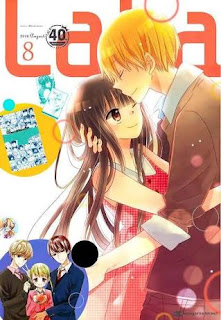 Honestly, this manga overloaded me with so many different emotions. There were times where I would be crying because of how cute Yanagi and Kujou were together, but there were also times wherein I had to take a break from reading because of a headache of frustration. The plot isn’t completely original, I’ve seen other shoujo manga with an extremely similar plot to it, however, out of all the others, I strongly believe that this was the best way they were able to explain the actual story and what was going on in it. There are two things that disappointed me in the story, which was, firstly, the ending, which I thought was kind of rushed. The second thing I disliked was how slow-paced it was, but that didn’t bother me TOO much.

The art was decent, but not enough for me to give it a perfect score. I did like the art very much and did in fact think it was cute, but it’s just not my cup of tea. But that was only during the very beginning. Later on, I learned to slowly fall in love with the art style, and I have to admit, after finishing the entire manga I did miss it very much.

The characters are slightly cliche in a way, I have to admit. But I do love them all. Though they may be stereotypes, the author proved that it’s possible for a stereotypical story to be good, if written well. The two leads have an amazing relationship, and it always made me go “Aw!” Additionally, I don’t usually favor clueless, way too innocent leads, but Kujou was an exception, she’s definitely one of my all-time favorite shoujo manga protagonists.

I can’t even explain how much I loved this manga. It’s definitely one of my favorites and it really did raise my expectations for shoujo a lot higher. My heart was so happy as I read this, and it broke into pieces when I finished it (but that’s only because I wanted more chapters).Overall: 9/10

Abyss Of the Mind