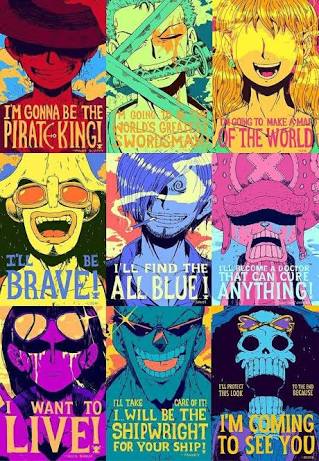 That’s the response I always get when meeting fellow anime fans and they asked me if I already watched One Piece.

And then after that, they’d proceed and tell me reasons why I should watch it now. I know that it’s good.

I heard a lot of positive reviews about it, after all. But what discouraged me from picking it up (which I’m sure might also the reason those who still haven’t seen One Piece have no plans to do so) is the number of episodes.

It’s A LOT and unless you’re really dedicated and patient, that won’t sit well with you. Well, guess what? The reason why I didn’t want to watch it in the first place became the main reason why I love it.

I’m so glad I didn’t let it discourage me from trying it out! And so, after three months and one week of marathoning this anime, I finally caught up with the latest episode when this review was written which was episode 831.

Wow, what a ride. One Piece has everything I love about anime–enthralling world, captivating plot, mind-blowing twists, fascinating and relatable characters, heart-stopping actions, heartbreaking deaths, and more.

That’s why in no time, One Piece became my most favorite anime of all time. Thanks to the huge number of episodes, you can really get attached to the SH crew and other notable characters to the point where you can’t imagine life without them.

From the first episode, I immediately knew my life was about to change now that I discover this treasure. The world it offers is really beautiful. The parallels it offers to that of in real life are just simply brilliant.

Don’t even get me started with the plot. This plus the plot twists are strengths of One Piece. Every arc will surely get you hooked and after watching an episode, it’ll make you want for more. Great characters too. The backstories are relatable and you can really sympathize with them.

You’ll get attached to them that’s why the deaths are really heartbreaking. There was a character’s death where it took me three weeks before I had the strength to continue watching the series! That’s how in love I am with this anime and not everyone can do that so good job Oda! The actions are great too. There are times when I felt like my heart would stop in suspense.

I just wish they’d shorten it though. There were a lot of times where I skipped some scenes because it felt like the animators were just dragging it (which is probably the real case).

As for the soundtracks, well it’s good but most of the opening and ending songs are forgettable for me. It’s not enough to catch my attention and convince me not to skip it. However, there are notable opening songs as well that I didn’t skip at all. Overall, One Piece is the best anime of all time for me. It deserves all the success and praise it receives!

A true classic, indeed. So don’t hesitate and just jump right in! You’re in on a ride of a lifetime. 😉