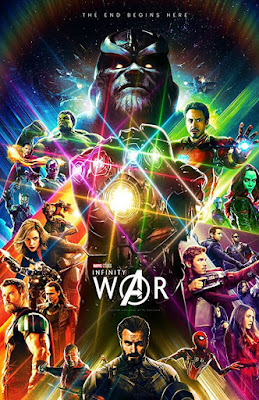 Scheduled to be released on April 23, 2018. Avengers: Infinity War is an upcoming American superhero film based on the Marvel Comics superhero team the Avengers, produced by Marvel Studios and distributed by Walt Disney Studios Motion Pictures. It is intended to be the sequel to 2012’s Marvel’s The Avengers and 2015’s Avengers: Age of Ultron and the nineteenth film in the Marvel Cinematic Universe (MCU). And we have been patiently waiting for it.
Iron Man, Thor, the Hulk and the rest of the Avengers unite to battle their most powerful enemy yet — the evil Thanos. On a mission to collect all six Infinity Stones, Thanos plans to use the artifacts to inflict his twisted will on reality. The fate of the planet and existence itself has never been more uncertain as everything the Avengers have fought for has led up to this moment.
The sequel is scheduled to be released on May 3, 2019. Which am a bit bombed about cause I would like the part two this year too, but I guess we’ll just have to be patient, like they say all good things need patients.