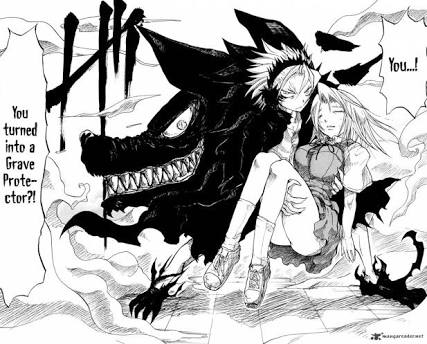 CAREFUL, CONTAIN SPOILERS!So Cerberus is what we could call the typical shonen manga, not really anything new, still good but not extraordinary. You might want to read it if you’re looking for a shonen manga that’s easily readable and enjoyable ^^Story 6/10Well nothing exceptional concerning the story, I mean, a guy and his best childhood friends go into an abandoned house and they end up awaking entities that shouldn’t have been awakened. That’s when Kei, the main character, ends up meeting yukifusa, a hellhound that was guarding the souls, Yukifusa gives his power to Kei in order for him to send the ‘bad souls’ to their graves and protect all his friends and family. That said, nothing that’s really new but still a good plot for a shonen manga :).Art 7/10Well, the art isn’t bad, it’s in the average for a shonen manga, even though Kei’s gravekeeper form is quite good :3Character 6/10Well, each character has his own personality, even though some are quite superficial and it is pretty much the same as every shonen manga, an op main characters who wants to protect those around him. But there is a still character development mostly between Yukifusa and Kei, and their friendship, at the beginning, yukifusa sees Kei only as a tool to send souls to their graves but it evolves into a bond of true friendship between those two. There is also a bit of background for the character of Yukifusa, which shows us who he was and how meeting Kei helped him get over being just a guardian bored and unhappy of his life.Enjoyment 8/10Well I like shonen mangas so this manga was quite enjoyable, a lot of actions and the typical shonen manga so I couldn’t really dislike it ^^Overall 7/10Even though this manga is not great, it is still quite good if you like shonen mangas, if you don’t, it’s not worth reading ^^Thank you for reading 😉

Marching To the Beat of the Drum