Cosplay has become even more of a cultural phenomenon. But what is it exactly that makes it so? What is cosplaying? What are the differences between it and other dress-ups? Can it be a career? And any other questions. I will try to answer all of them to the best of my abilities, so if you are new to it or have a loved one who’s into it and want to learn more about it to impress them, let’s dive in!

Cosplay is one of the most exceptional things about anime, gaming, and comic cons. It dominates a lot of convention scenes today but anime, manga, and gaming enthusiasts like you or your loved ones who love the medium made this a cultural phenomenon.

Cosplay is the practice of dressing up as a character or concept from either anime, manga, video game, movie, book, or other mediums. While also sometimes, but not all times trying to copy their chosen characters’ mannerisms and gestures. People who take part in these activities can be called “cosplayers”.

Cosplay has been around for a long time, with roots as far back as early 15th century medieval times, the Renaissance to the 19th century, where people would dress up for marriages, dances, and other ceremonial events.

Then in the 1930s came the era of fan costuming and the first people to wear a costume to attend a convention. Spreading to Japanese conventions in the 1970s, starting anime cosplay. Though it only started being known as “cosplay” in the year 1984. Since then cosplay has continued to grow to an activity not just done for or at conventions.

Cosplay takes its meaning from the play of words, costume play. Although it is a popular pastime in which cosplayers get to dress up as usually fictional characters, it can be quite an expensive hobby except you are making money from it.

Thought for the die-hard or enthusiastic cosplayer, they can fabricate costume pieces to reduce spending or to create a more realistic unavailable piece that’s not currently made or in the market.

Here are the five common types of cosplayers you can usually encounter;

Difference between Cosplay and LARP?

Though the line between cosplay and Live Action Roleplay (LARP) can be similar they are two different activities. With cosplay being about dressing up as your favorite characters, LARPing also has enthusiasts dressing up but also acting out characters’ actions and events, organized by game masters who provide the plot and setting for participants.

Some think of cosplay as a young persons’ activity, but there are no age, gender, or race limitations to who can cosplay, everyone is welcome to a time of fun and escapism, all you need is imagination.

How To Do Cosplay

There is no wrong or right way to cosplay. All you need to cosplay is an interest in the activity and pick one of your favorite characters or concepts you want to dress up as to begin your journey.

Can Cosplaying be a Job?

Yes, Cosplaying can be a job for a lucky few who after a lot of hard work can become online personalities, paid convention guests, company-hired cosplayers, characters for hire. They make money from ad revenue, Patreon, making and selling cosplay items, teaching their cosplay craft, and selling their professionally made cosplay pictures.

When and Where can I find Cosplay Events?

Well, you can find out from here, forums, and other online sources the when and where. Cosplay events take place all over the world, even in countries you wouldn’t expect, so there is usually one around your area. Most comic-con, video game cons, and other conventions are usually open to cosplayers. Some events even have prizes for the best cosplay.

Countries where Cosplay is more popular?

Cosplay is popular all over the world, but it’s most popular in the U.S., UK, China, South Korea, and last but not least Japan, where cosplay isn’t just a hobby – it’s part of the culture.

How much does it Cost To Cosplay?

Cosplaying can be an expensive hobby for general reasons like costume cost, like wigs, props, and such. But you can cut costs by reusing clothes you already have to recreate a character’s costume or finding cheaper cosplay costume makers another popular alternative is making your own outfits and props.

That’s all for today, leave us a comment let us know what you think about Cosplay or anything else you would like to know. If you’re not subscribed now’s the best time to do so. We upload brand new content every Saturday of the week best way to see them first is of course a subscription.

Till next time… Remember to have peace of mind, knowing you made the effort to become the best of which you are capable.

How to Dress Like Marinette and Adrien: Miraculous Ladybug Cosplay 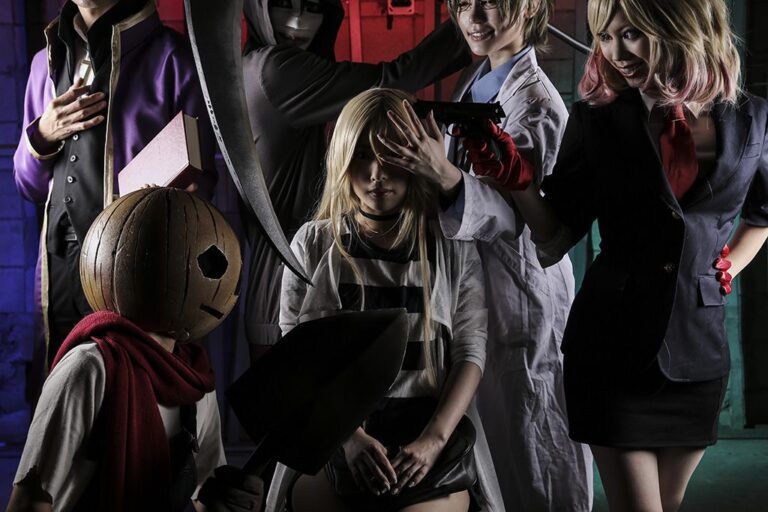