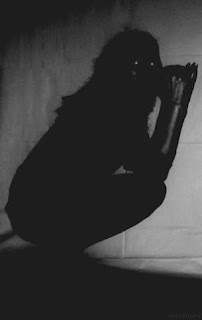 Various shadowy creatures have long been written about in folklore and ghost stories.

But what are Shadow People ?

Do you ever see something out of the corner of your eyes or ever feel like you are being watched ? Like something moving really fast at the corner of your eyes, just out of view and when you look straight at it, its gone. A lot of people claim that these creatures or beings are called “shadow people”, “black mass” or “shadow beings”. Most claims of seeing them have been through the peripheral vision because when you stare at them directly they disappear. Although there have been cases where people have seen them directly for a good amount of time.


Are they just a figment of our imagination, ghosts, aliens, something darker. Some say they are attracted by a messy room or environment, because they love chaos. While others believe their personality vary like human and can’t just be classified as evil, other believe they are guardians watching and guiding us, or are they just inter-dimensional beings on another plane of existence that can cross into ours and that’s why we have problems processing their appearance.

Two other explanations that could be true is that, they could be astral bodies– the shadows or essence of people in the astral plan or what we call “out-of-body experience” so what you could be seeing could just be a out-of-body traveller. Or could they be time travellers from the future and they use the shadowy from to observe the events of our time line and go undetected, or maybe its a side effect of travelling to the past where they don’t exist yet, so they have no real form apart from being shadowy bodies.


If you stare fixed at something you can see them from the corner of your eyes, moving around or just watching. They are supposedly harmless, whether shadow people are either evil, helpful or neutral or some other unworldly, worldly or inter-dimensional beings, I advice a clean environment to keep them away. 😋