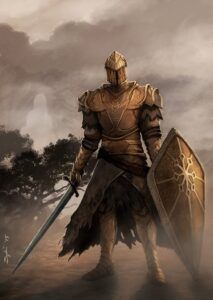 The three Edonian fighters stood before a large orc and his men behind him as they held a small standoff before civilians of a small underground city that was completely unknown to the surface. The orc’s nostrils flared with each breath as it looked between each of the armoured soldiers.
“Where did you three come from?” he asked, his voice deep and groggy. “I never seen the likes of you down here before.”
“We came from above, in Helmlond. We’re searching for a criminal who needs to pay for his crimes of what he did in the town.” Mikal answered, staring the orc in his eyes.
“Surface dwellers, eh?” the orc said, looking back at his men as they readied themselves which in return, made the three fighters draw their weapons as well. “You thought we were going to just hand over one of our people to you?”
From behind the orc, six to seven men came out and began snickering at the three before them. Mikal, Lukas, and Antania got ready for yet another battle. The orc smirked and snapped his big, meaty fingers loudly. The people on the side ran away screaming while three attackers were sent straight towards them, running with screaming voices and weapons ready. Mikal rushed forward first and went straight for the one in the middle, blocking a downward slash with his shield before pushing the man back and slashing at him with a horizontal attack. The man dodged it by jumping back and locking in battle with the knight. They locked eyes while their sword were grinding together, steel against steel. Behind him, Lukas was doing his usual style of sword combat and making quick slices in his opponent before avoiding his enemy’s attacks. Antania overpowered her enemy with heavy down swings and straightforward stabs that would break through their defence.
“Surface dwellers don’t belong down here!” the man fighting said, pushing him off and rushing him quickly with his weapon geared back to attack him again.
“Then you have no rights attacking our people up there!” Mikal shouted back and rushed his opponent. He blocked his attack once more and then plunging his weapon right through the man’s stomach. He groaned and dropped his sword as his breath was cut short.
After the man fell to the ground, Mikal turned to his colleagues and watched as they also finished their enemies. Antania cleaved her opponent over the head while Lukas slashed his enemy across his chest, both of them falling to the floor motionless. The orc growled as he stepped forward with the others retreating in haste. Mikal saw them and started to chase after them. The orc then yelled and reached behind him to grab a huge double-edge cleaver. He geared back around his side and flung it with a mighty yell right at Mikal.
“Mikal, get down!” Lukas yelled out.
He turned around and then instantly widened his eyes in terror before ducking down just in time to avoid the weapon flying at him. He then tossed himself in a roll as the cleaver smashed into a nearby wall, leaving a gaping hole in it that cracked the bricks around it. He growled before standing up and watching the huge brute charging right at him with heavy footsteps. Mikal tossed himself into another roll and watched at the large orc decimated what was left of the wall structure. Standing up, he was greeted by his two allies who stood with their swords and shields by Mikal’s side.
“This monster is never going to let us pass.” Lukas said, watching as the orc came back around with his weapon in hand.
“It would let us pass if one of us challenges it to one-on-one fight. It’s an orc’s tradition.” Antania said as the orc stopped just few feet in front of them.
“Or, you could all be good humans and let me slaughter you right now.” the orc said, his voice getting louder with his rising anger.
They all looked at each other before Mikal stepped up. Lukas smiled and pulled him back and stepped up, surprising them both as he threw his shield down and twirled his sword.
“No offence Mikal, but you should be focused on using your shield much more to fight such a enemy. You and Antania go on ahead and find that fiend. I got this one.”
Mikal and Antania nodded before running pass them both with Mikal stopping short and smiling back at his alley one last time.
“Stay alive Lukas.” he told him.
With a simple nod, Mikal and Antania resumed on their mission to find Bryan. When they were both out of sight, Lukas dropped his sword and unhinged two shorted daggers of gold and silver metals. he twirled them around and smiled at the orc who held his cleaver at the Paladin.
“Get ready, to face God’s Assassin.”

Being knocked back onto the sewer floors, Drakas winced as Wilton stood over him in the same stance he showed before. Quinta and Xune watched, only one of them amazed at the physical display the human was putting on against a drow. Drakas slowly stood up with his weapon in hand and blood leaking from his right arm. He growled at the still and composed human while he began twirling his bolas. He then stopped and growled, grabbing at his right arm aching from the deep incision that was made at the joint.
“Curse you!” Drakas said, his eyes showing pure hatred for Wilton.
“It would be wise of you to draw back now.” Wilton calmly said, irritating the drow even more. “There is no way you can defeat me.”
“Why you son of a-”
“Drakas, move back now.” Xune said. He looked and slowly began backing up while keeping his anger filled eyes on the man before him.
Xune stepped forward and took a soft breath before looking up at the man. She slowly twirled out her weapons and took a stance similar to Wilton’s. Her eyes seemed very dull and unresponsive to what was going on around her.
“You’re not much of a fighter, are you?” Wilton asked, looking into her eyes.
“Don’t take me lightly, Human.” she strictly told him. “This will be your last fight.”
Wilton narrowed his eyes before tensing up at the speed Xune approached him with. His eyes barely followed her as she arrived right in his face. He proceed to back up but was too slow and was pierced in his left side with one of her dagger. He stifled a wince before punching her off. His fist connected to her cheek and sent her on the ground before she kicked back up. She looked down to her dagger and watched as some of the runes began to glow purple. She shook the attack off and rushed him again, this time throwing the other dagger at Wilton. He blocked it with his shield and looked up to see the drow in the air, gearing down for a clear stab in his cranium. Right as she was about to finish him, Althia rushed in and bashed her with her shield. Xune groaned and thrown into a violent tumble before stopping from the help of Quinta. She stood with a small scowl and blood dripping from her head.
“Looks like I came just in time.” Althia said, her trademark toothy grin showing as she held her sword over her shoulders.
“How’d you get here so quickly?” Wilton asked, looking over to the woman.
“I mean, this is connected by some rather long and obscure hallways. It was pretty easy once I knew my direction.” Althia explained before looking over at the three assassins with malice. “These must bee the assassins I heard about. I see they already killed your men.”
“Let’s not bring that up.” Wilton said as they got ready for another fight.
“Disgusting humans.” Quinta said, drawing out a staff with a purple orb on top of it. “I can’t even stand the ones we work for.
“It’ll be fun to watch them die.” Drakas said, stretching out his bolas.
Xune stood up and wiped the blood from her head as she grinned and stood up straight with her weapons in hand.
“Fine, we get bloody.”

Mikal and Antania found a series of corridors that had a spacious room in each of them. They went room by room, searching looking for any evidence that their criminal might be there.
“Man, we’ll never find that bas*****d.” Antania said, searching through the last room with Mikal.
“Don’t lose hope.” Mikal said. “We’ll find him.”
At that moment, the door creaked open with a squeaky noise. The two turned around and saw Bryan standing there with his eyes wide open, looking at the soldiers as well. He dropped his small carrier sack and began running out the room with Mikal and Antania chasing right behind him.
“Dammit!” Bryan said, running as fast as he could.
“That’s him!” Mikal said, chasing right alongside his female partner.
They chased Bryan through many tight hallways and spaces that made it hard for them to catch him. After entering a long and wide hallway, Antania took out a small knife and hurled it at Bryan’s heel. He sunk into his muscles and caused his leg to lock up. He yelled and tumbled to the ground as Mikal and Antania caught up, nearly out of breath.
“Who the hell are you? And what do you want?” Bryan yelled at them while holding onto his right leg.
“You’re coming with us, for robbery and murder.” Mikal announced as Antania tied his wrist together.
She pulled him up and smiled and Mikal as they fist bumped each other and proceeded to rush back to their colleagues, finally catching their suspect. 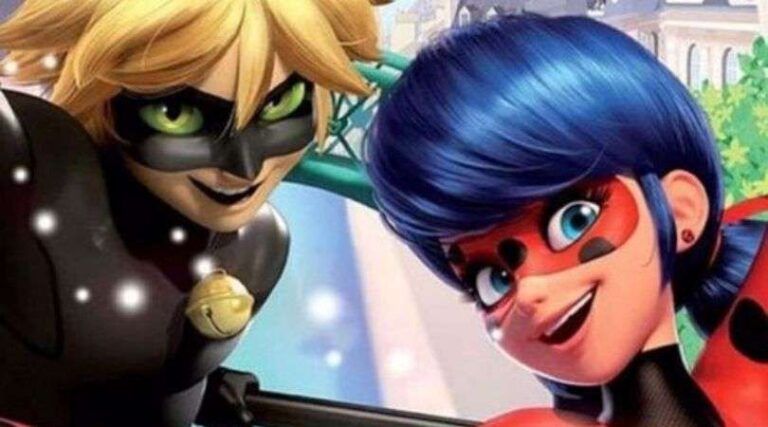