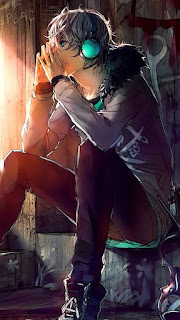 So, this is the very first time I am talking to you guys about my life interest like this, so this is very new lol. Anyways, I thought this would be a very good thing to start with that is something other besides a story. My love or interest in fantasy started around the time I was in the fifth grade. Me, my brother, and my sister would always watch movies like Van Helsing, The Fifth Element, and various Marvel or DC movies. Van Helsing and The Fifth Element were among my favorites. I got a really strong, REAL fantasy vibe from Van Helsing because it was something totally different from real life. The werewolves and vampires, hunters with silver and holy weapons intrigued me so much that I used to think I was either a werewolf or vampire lol. The Fifth Element won my heart over for the fact that it was almost like something that could happen in real life. Mankind has reached the very far future and made colonies on the moon, mars, Jupiter and so on. Man made new technology and built new incredible things. And all this in my mind was just a few years away.

Fantasy didn’t just arrange in movies for me, also music. In my middle school life, I discovered EDM or Electronic Dance Music. It wasn’t a single song though, it was a one hour mix for Drum and Bass as well as Drumstep songs. The very first song on that mix was Krewella – One Minute (DotEXE’s Dopest Dope Remix). First time hearing that song, the bass, the synths, and different drops in the song sprouted something inside of me. This style of electronic song got me into two things:

To me, this was a gateway to a much wider world that I got into by the help of my family. I took this journey further. The true thing I love about music, is that it had there at least one song for everything. And this also relates to fantasy. Fast forward towards my high school years (So glad I graduated) and I found acoustic music. Atmospheric songs that is for the type of worlds I loved to get lost into. Artists like Varien, Derek & Brandon Fiechter, and Adrian von Ziegler pushed the love and fascination I had for the genre I wanted to learn so much. And finally, I did learn about it. Through two great and fantastic book series.

I always enjoyed a good book. In school, whenever we had a test or certain subject on a story, especially on a story I liked, I would always pay very close attention to each individual character as well as the plot of the story. But, there was one problem I had with most of the stories in school. None of the stories actually appealed to me on a interesting level. Yes, there were a few, but not where I stayed for the whole story. So, I decided to look for stories on my own. Thank goodness for my Kindle Fire tablet I had at the time. The first digital book I brought was a book series called An American Kitsune Book Series. The book is about this high school student named Kevin Swift, who basically your average anime protagonist, discovered Lilian Pnevma (Don’t try to pronounce it, I had troubles too XD) a cute kitsune who injured by another yokai. After nourishing her back to full health, Lilian started to claim that Kevin was her “Beloved Mate” and that she loved him ever since that day. This starts their crazy, yokai, battled filled adventure. Now, as advent anmie watcher myself, I was immediately drawn and sucked into this book. It was the quickest I ever read through a book and loved every page of it. I’m still reading it till this day. Almost forgot, the amazing author Brandon Varnell is the one who wrote this ongoing series. The next book series I will tell you all about that really picked my interest was a series I equally enjoy is called Chronicles of Eden by the author Alexander Gordon. This book is more on the adult rated side, but that was okay with me. At the time, I was going through a phase, changing my hair style and color, so yeah lol. This series is about a teenager named Daniel Sorres in a world called Eden that was filled with two species, Humans and Monstergirls. A life long battle was going on that the Monstergirls would rape human males in order to keep their race alive. Because of this, women of the human races was the fighters to protect the males of their race. But Daniel had an idea, an idea that everyone, even the monstergirls found stupid and insane: Coexistence. Daniel talked to the leader of his town about his idea, but immediately was turned away and called crazy and insane. Without their permission and the help of his friend fighter Triska Raylight, they went into the world of Eden to find some races to speak to. Every character from both series I loved. I was, for lack of a better word, entranced by thing I read in both these, and so I began wanting to write stories. I went through a lot before I began to simmer down and focus on stories that appealed to me more.

So, as you can see, I found a lot of inspiration towards something I love very much. Movies, Music, and Books (as well as games and anime, but i’ll save that for another time) has given more and more ideas to work with. I hope you all enjoyed this because it was fun to write and talk to you all like a normal person. I’ll see you all later in another post or when I continue my stories.