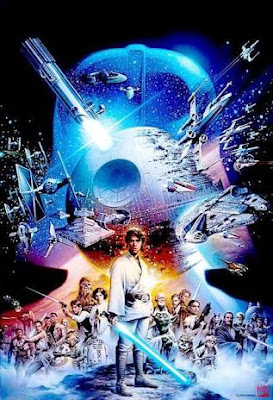 A long time ago in a galaxy far, far away a universe created by George Lucas – Star Wars a real great epic American opera media franchise, which holds the Guinness World Record for “Most successful film merchandising franchise”, follows the adventures of  characters in this universe from Siths, Jedis, clones, pirates and everyone else. Apart from the movies there as been books, television seires, theme parks, computer and video games, and comics books.

Also before we continue if you are a really big fan of Star Wars like me get photos, with authenticated autographs and more by clicking here Star Wars Authentics

. I just love them. Buying one will also help us improve the blog. ✌

Star Wars as been going strong since 1977 Star Wars: Episode IV: A New Hope, followed by The Empire Strikes Back and Return of the Jedi. A prequel trilogy was releasedbetween 1999 to 2005. And now a sequel trilogy Star Wars: The Force Awakens and The Last Jedi so far. And spin off films Rogue One and Solo: A Star Wars Story.

So Star Wars is a fictional galaxy with many planets and species of aliens co-existing. Robots droids are normal things of live, helping with daily life and travelling in space is a norm.  An energy field created by all living things that surrounds us, follows through us and binds the galaxy together known as “the Force” and some people are very connected to it, giving them better reflexes and other supernatural feats ( like telekinesis, clairvoyance, precognition, and mind control). 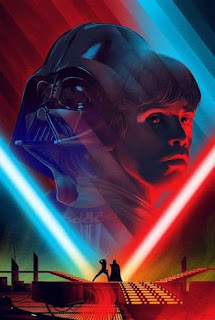 The force is wielded by two major factions at conflict with each other. The Sith who use the dark side of the Force (through hate and aggression) and the Jedi who harness the light side of the Force (through training and meditation).
‘Episode 1: The Phantom Menace’The seeds for the eventual rise of the evil Empire are sown in a seemingly routine place: a trade dispute between the Republic and the Trade Federation. Two Jedi, the keepers of peace and justice, are dispatched to negotiate the dispute, but (wait for it) it’s a trap! They end up barely escaping with their lives, though they do meet R2-D2, who saves their lives. They end up on remote Tatooine, where they meet slave boy Anakin Skywalker and his protocol droid C3PO. Jedi Qui-Gon Jinn senses the Force in Anakin – and believes he’s the “Chosen One” who will bring balance to the Force. There’s a podrace and Anakin is freed. Qui-Gon wants to train Anakin, but the Jedi Council knows something is up with this boy and rejects it. But he helps the Republic win a battle against the Trade Federation so the Council lets Obi-Wan Kenobi take him as his apprentice.‘Episode 2: Attack of the Clones’In “Star Wars II: Attack of the Clones,” Hayden Christensen plays Anakin Skywalker, who falls in love and war with Natalie Portman’s Sen. Padme Amidala. (INDUSTRIAL LIGHT & MAGIC/AP)

So after destroying the Starkiller Base and figuring out where Luke Skywalker is hiding away, on finding him she tries to get the reluctant last Jedi alive to teach her to become a Jedi and about the force. Also asking him about her past and how the conflict between Kylo Ren and him began. Using the Force she also begins to talk to Kylo Ren without Luke Skywalker knowing.
It turns out Kylo Ren is Luke’s nephew like we found out in the Force Awaken, but also his fallen Jedi apprentice, Ben Solo. With the destruction of the Republic, the evil First Order reigns. Now, Supreme Leader Snoke looks to crush what’s left of the Resistance and cement his grip on the galaxy. While the Resistance are pursued by the First Order lead by Snoke, Snoke had also used the Force to connect Ben and Rey in hopes of finding Luke Skywalker’s planet of exile.
After hearing Kylo Ren’s perspective, Rey disagrees with Luke and despite his warnings leaves him, in order to attempt to help Kylo Ren and achieve peace. To do this, Rey, unknowingly, helps Kylo Ren assassinate Supreme Leader Snoke, however unknown to her, Kylo Ren’s true intentions were to replace Snoke as Supreme Leader of the First Order, believing destroying the Jedi and the Resistance the only way to achieve true peace. Now Rey must choose between Kylo Ren’s offer to co-lead the First Order, and help him exterminate the Resistance and Luke, or helping an outnumbered and cornered Resistance survive on Create, before it’s too late.

Predictions for the Final Installment in the Trilogy
With Rey confirmed to not be part of the Chosen One family, it might be time for the Skywalker legacy to end. Kylo Ren will be the main villain of the final chapter of this Star Wars trilogy. Luke could come back as a ghost to help with building Rey a new lightsaber which will be a part of her journey towards becoming a Jedi Master and take on a padawan of her own—she does have Jedi texts on board the Falcon. Rey and Kylo can play out their dysfunctional connection, all in preparation for their final showdown.So that all leave your comments and what you think like and share ☺ and don’t forget to check out Star Wars Authentics.
Thank you for taking your time to read this article.