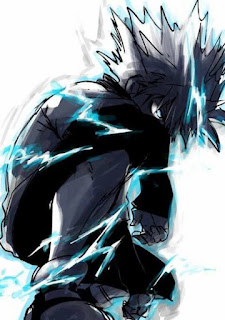 Kayato stood there with the electricity flowing throughout his body and making contact with the ground around his feet. The two girls stared at him in awe and amusement as Kayato stepped forward and looking between them both. Mizuki stared back at Kayato with a small grin while Itori smiled widely while her hands were gripped tightly together.
“Wow, he look so cool!” Itori said happily, clapping her hands. Kayato was taken aback and then looked at himself, realising what has happened to him.
“Wha- I don’t…” Kayato managed to get out.
“Looks like what Kisama said about you was true.” Mizuki said. “Your aura is impressive. Now, all we got to do is see what you’re capable of.”
“Where is my sister?” Kayato quickly asked as he snapped his head back towards the dark hair girl.
Mizuki giggled a bit and then pointed out the window toward a rooftop nearby the hospital. Kayato rushed over to the glass and saw the man he saw before on top of a building with his sister on the edge of the structure, dangling her legs and screaming loudly with people looking up staring in absolute horror. Kayato couldn’t believe his eyes as he was motionless and wordless at that moment. Mizuki walked over broke the window with her gaze when in actuality, a quick red bolt streaked throughout the window and shattered it. Wind rushed in and blew by them as she leaned closer to Kayato’s ear.
“This is the world that you live in Kayato.” she said, holding her palm out before them and showing the crimson red shock radiating in the middle of her hand. “A world where people have powers bestowed upon them that they didn’t wish to have.”
Across from them, Kisama looked at Kayato with narrowed eyes and loosened his grip on his sister, feeling her slip a bit and screaming louder than before.
“Hurry Kayato, you’re sister is slipping to her death.” he harshly said.
“Kayato, help me!!” Tina yelled out with tears streaming down her face.
“You can try and deny it Kayato,” Itori said in a very different and serious tone of voice from before. “Try and go back living your normal life while a sudden realization slowly crawls up and takes the one family you have left away.”
Kayato’s mind was in a sudden haze. Those words clicked him out of that haze and sound came back to his world as he focused on Kisama and his sister on the high rise across from them. His eyes widened while the electricity in his body grew from a building pressure in his chest spread throughout his body.
“Will you stand there and let your sister die Kayato?” Mizuki asked, watching as his teeth slowly gritted together. “Or will you save her and accept what you are?”
Kisama smiled and released his grip on Tina, letting her begin her descend towards the group of people on the street floor. Kayato yelled and shot out of the hospital towards his sister. Mizuki and Itori covered their eyes while Kisama watched like this was happening in real time. He easily kept up with Kayato’s speed and followed him all the way to the ground where a loud boom was heard and civilians moved out of the way. He smiled and looked up to his companions and giggled at how they were slightly confused and amazed by his speed.
“Wow…” Mizuki said with her eyes wide open.
“Did he really do that?” Itori questioned with her eyes too wide open.
“Girls,” Kisama said, smiling as they looked over to them. “Let’s go and get them both.”

Through a giant dust cloud that was produced from Kayato landing on the ground with an intense impact, the people with their phones in hand took pictures and recorded videos as the smoke and debris cleared. Kayato was standing perfectly okay with his sister in his arms. Below him was dozens of cracks in the concrete that spread six to seven feet away. His body was void of any electricity showing while he looked down at his sister who was crying into his chest. His eyes were now glowing blue with small bolts showing themselves every now and then. He smiled softly rubbed his sister’s hair to console her.
“Tina, look at me.” he softly said. She slowly lifted her head and looked up at him with watery eyes.
“Onii…chan?” she asked with her bottom lip quivering.
Tina was on the verge of crying again before Kayato placed her feet on the ground and allowed her to hug him tightly. He smiled softly before looking up and see the three from before walking up to them. Tina whimpered and moved closer to her big brother.
“What the hell you three want?” Kayato asked harshly.
“Did you feel it Kayato?” Kisama asked, getting a confused look from Kayato.
“What do you mean?” he asked before looking down at the cracked concrete.
“The surge of energy?” Kisama said, smiling as Kayato looked over to Tina. “You’re one of us now.” 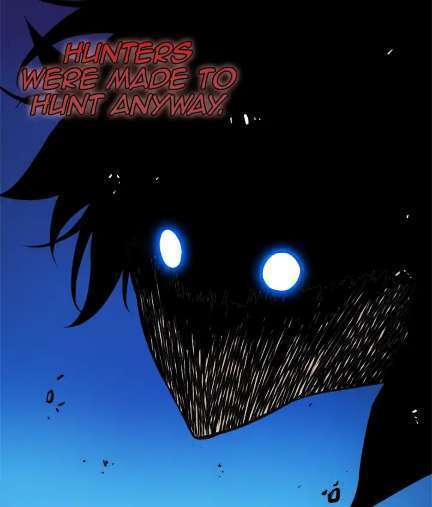 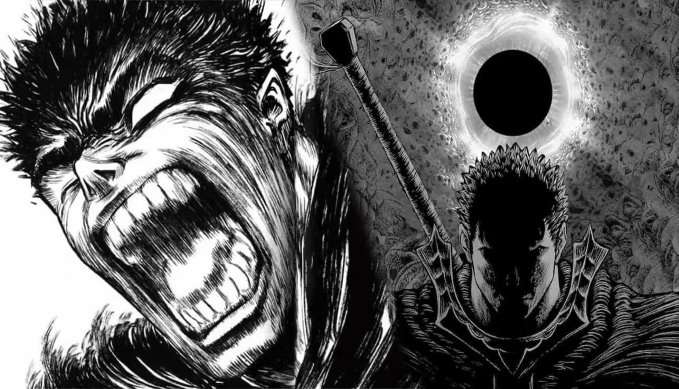 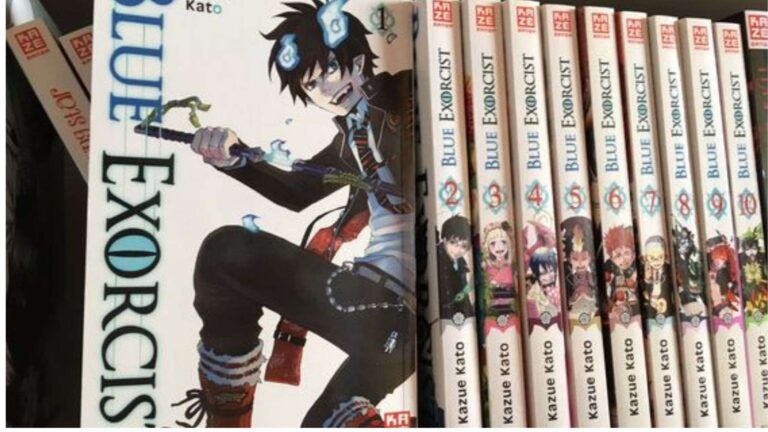