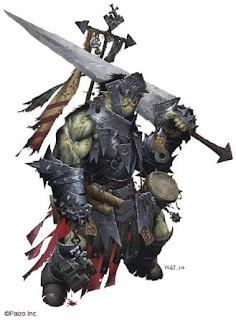 Standing alone with one of his men dead and the other two standing with their swords drawn as the three drow jumped down from their post and right in front of them. They all stood with their faces partially covered by a black mask as Xune stepped forward, staring at all three of them.
“Why are surface dwellers down here?” she asked, her two companions snickering behind her as they stayed put. “If I were the three of you, I’d leave immediately. I already killed one of your men.”
“Why you accursed drow.” one of Wilton’s man said in a rage, charging Xune with his sword pointed at her.
“Wait don’t charge her!” Wilton warned, holding his hand out as the man continued to charge her.

Xune slowly slid out two short swords while she smiled underneath her mask. She waited for the soldier to get closer as her eyes glowed purple and the runes appeared on her weapon as she crossed them in front of her face. The man took a horizontal swing at her abdomen, looking for a straight slice across her body. Xune swiftly danced around his attack and dashed forward quickly. Before he even had a thought of blocking or moving, the skillful drow stabbed him in the right side of his stomach. He winced with a sharp pain and looked down at her as twirled her secondary weapon and slashed his chest right over the area that protected the heart. A purple wisp of smoke was seen as she kicked off his body, pulling her sword out of his stomach and flipping back in front of Quinta and Drakas. The soldier fell with a groan as the purple smoke continued to wisp from the wound in this side. Wilton and the other ran after him and pulled him away as Drakas laughed and took out his weapon. Quinta did as well and looked over to Xune as she stayed quiet and professional in front of their enemies.
“Aghh!!” the soldier winced in pain, holding his side while his vision became blurry. “What…what did she do to me?”
“I poisoned you.” Xune spoke, showing the glowing runes on the handle of her swords. “Every time I get ready to attack, or kill, they glow and the tip of my blades will begin cast a small wisp of putrid smoke, damaging the bloodstream. You will die.”
Wilton glared at the drow before them as he stood up and slowly slid out his sword before taking a professional stance. He balanced his sword on his forearm while bending his knees and spreading them apart. His eyes narrowed at all three of them before Xune stepped back and looked over to Drakas.
“Hehehe, looks fun.” Drakas said as he took out a pair of knife edge bolas before twirling them.
“He is not to be taken lightly Drakas.” Xune said, sheathing her weapons. “That form is one of the elites.”
“Who cares Xune?” Drakas sneered at Wilton as he twirled his weapons and crouched to the ground. “He will still die.”
Xune sighed and shook her head before staring at the two warriors that would battle each other.

In their battle royal, Althia, Lukas, Mikal, and Antania all defeated their enemies and stood together back to back as the enemy laid either badly wounded or dead. The ones that were injured was all piled in a corner, groaning and swearing at the team who defeated them all.
“Looks like the main one took off while we were fighting his thugs.” Antania stated, while everyone sheathed their swords. “They were nothing but diversions.”
“We’ll find him, and the other bandit who robbed that store and killed that woman.” Lukas said as Althia walked over and grabbed one of the bandits that attacked them. She sat him down in front of all four of them and kneel down to his level as he sat up with a grunt and gripped at his shoulder.
“Alright, who told you to attack us?” she questioned harshly, looking at the man through half lidded eyes. “There is no way you all would’ve just known we were here.”
“Heh, man you sound even dumber than you look.” the man laughed through strained teeth before Althia gave him a hard punch in his gut. He groaned and fell over as he coughed several times before he was picked up again.

“Wanna try that again?” she asked, looking at him as he slowly picked his head up.
“Damn, you hit hard. Fine, you were scouted out.” he answered looking at all four of them. “You really think we are a blind organisation under here? Why the hell you think we never been caught?”
“So, how long were we being watched?” Lukas asked, looking at the thug.
“Ever since you all walked in. As of now, the other team is all probably dead. A group of three drow assassins probably found them and killed them without any thought.”
All the members looked shocked as the man laughed a bit and looked through all of their eyes. Althia greeted her teeth and held onto the handle of her sword tightly before turning around to Mikal, Lukas, and Antania.
“You three, go on ahead and find the bandit who did that crime. I’ll go find Wilton and his team to see if their all right.”
“Yes Commander.” all three spoke, taking off down the corridor hall and making a right turn to continued their search. Althia smiled and continued her own journey to find Wilton. just above in a small open corner, a pair of eyes watched as the armour clad woman ran off. A pair of sharp teeth turned into a grin and slowly slid back into the shadows.
The three continued through the halls and eventually came up to an opening. They all stopped and took in the scenery of something they never expected to see. From what appeared to be local shops to people standing on the side to let other people walk by, the three soldiers walked into the walkway of an underground city that was completely unknown to them. Everyone seemed to wear tattered clothing and look fairly healthy.
“Wow, it’s a whole city under our feet.” Lukas said, taking a small walk along his allies as the civilians moved out of their way with scared expressions.
“They’re running their own place down here, which means there has to be a kingpin or a main leader running deep within.” Althia said looking at the people that moved out of their way.
A set of heavy footsteps was then heard on the other side. They all stopped and narrowed their eyes and put a hand on their weapons. All the civilians made a bit of commotion before moving out of the way. Coming in front of them was an army of bandits and one huge orc in front of them. The orc had white human coloured skin that was tightly held with his bulging muscles. His hair was in a spiky Mohawk and was light brown. His tusk were protruding out of his nostrils, flaring with ever breath he took. He wore think black pants and heavy boots with spikes on the toe pats that strap to his feet. All three of the fighter slowly moved back and looked towards each other.
“Looks like we found a boss.” Mikal said with a small smile. 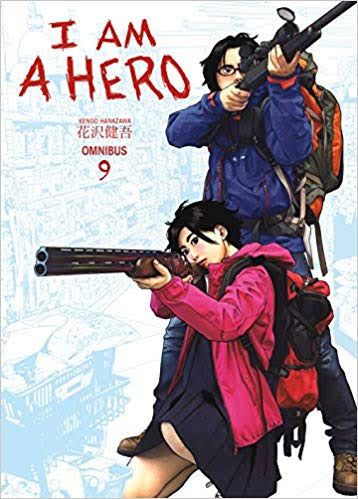 Surviving in Zombieland: I Am A Hero